Had a bit of a lie-in today so any plans I had of getting out early weren't going to happen. Instead I suggested to Ali that we should ride to Freddies for ice-creams. So we set off just after 1pm on a route I had planned, obviously we didn't go straight there but took a few hills on the way. My legs didn't want to play but Ali was flying up the hills. 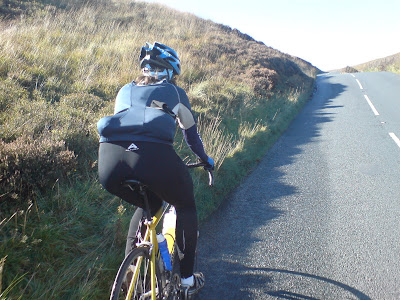 Near Rivington we had to stop to talk to some sheep, Ali even wanted to feed one of them, well he had tried to climb through and then over the fence to get to us! 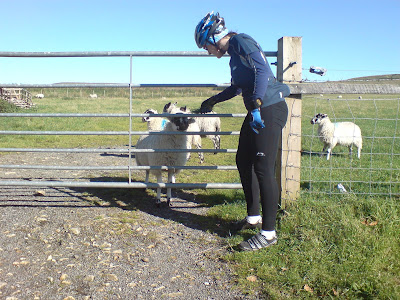 Soon we got to the ice-cream stop, after 17miles, I had chocolate and something called credit crunch, Ali went for a scoop of raspberry and one of passion fruit. Very enjoyable if a little busy. 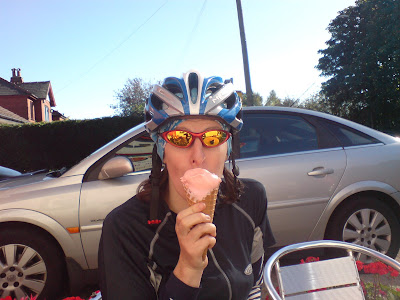 Then we started on the way home, only we both needed the toilet so we decided to stop at a pub for a quick drink and then decided we might as well eat since we hadn't thought to get any food for dinner. 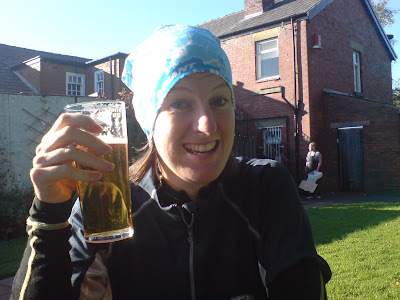 Then it was a simple matter of rolling home.

The weather was lovely, perfect for a nice easy ride around Bolton with lots of lovely food.