A bit of jogging

This week I have ventured out to do a bit of jogging, its not really running at that speed. A couple of times round the golf course, once with Ali, showed me that the Collar Bone was perfectly happy. I did walk any slippy or step bits to make sure I didn't fall over. Today I went over to Entwistle and round the reservoir. Well that is where I thought I ran, according to my Garmin I ran through it!

Still fun and nice to get outside, hopefully not too much longer before I can ride a bike outside.

I was meant to be racing solo at Mountain Mayhem this year, it had took me ages to make the decision and I had plans to train specifically for it as well. Then I broke my collar bone, at first I thought I would be back for it but in the end I accepted that it wasn't going to happen and let the organsiers know.

We decided to go down and camp anyway. The weather forcast was very wet but we thought it would be fun to see everyone. Arriving on Friday evening I was wishing I was racing, a nice muddy race would be perfect for the singlespeed. But by Sunday when we got home I was happy enough, although I would have prefered to have ridden the course did turn into a mud bath! We had a lovely weekend with friends and it was nice to listen to the rain overnight on the Saturday as oppose to ride in it. 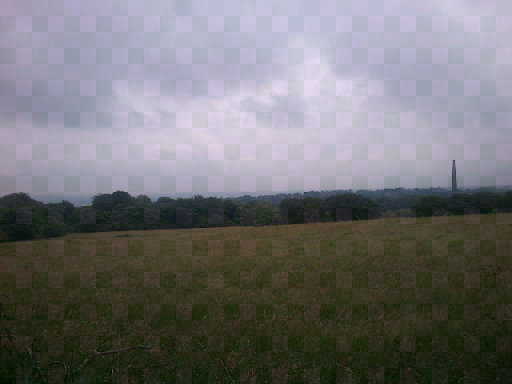 Since being off-work I keep thinking I should go for a walk in the hills. But at first even walking to Ali's work hurt and then it was the typical trio just not doing things. Today the weather was meant to be miserable but although it was looking like rain it wasn't raining. Ali was running over at Rivi after work so I decided to walk over and meet her. As always I left late, then decided to go all the way to the top of winter hill. But I had a great time and although it took 3 hours it didn't feel like that long.

So how is the collarbone doing? Well not much really. I can feel and see a nobbly bit so I knew there was a callus. At the hospital on friday, Dr told me it seemed a good callus and you can now make it out on xray. Unfortunately he also said no cycling yet, gave me a funny look. I explained that I needed to at least ride a bike for work. But no another four weeks before I see the hospital or ride anything other than a turbo. 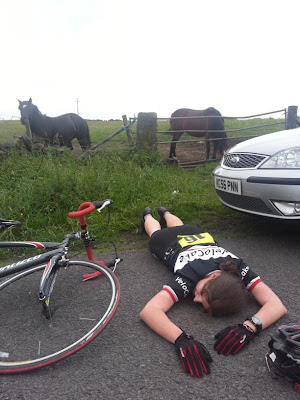 With me still unable to ride outside and two local events to us last week Ali decided she would ride them. On Wednesday she headed off to Horwich for a hill climb. The picture I was sent of her at the finish showed she tried hard, the fact that she was still dizzy and feeling sick when she got home may she tried a little too hard. 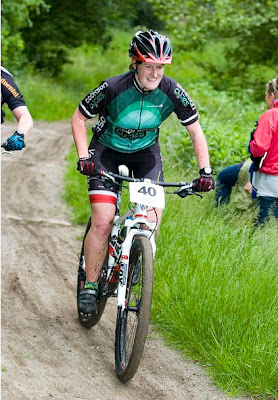 Then on Thursday it was off to a local Mountain Bike Race at Leverhulme Park, I mistakenly encouraged her to do a practice lap and she decided she hated it and didn't want to race. During the race that seemed to improve and there was lots of smiling. A very muddy bike and Ali got to walk home with me (it took a lot longer than riding back would have done so thanks for walking with me).

At this rate I will be losing races to Ali when I am back on my bike, good to see her getting out on it seeing as I am her usual riding partner.
Posted by trio at 19:49 No comments:

After a couple of days having to stay in waiting for post I went to meet Ali for lunch. I usually just walk along the main road from Bolton but Ali had mentioned that you can walk through the park so I found the path and went that way. I saw a part of Queens Park that I hadn't seen before which also seemed to have lots of bridges. Made having to walk there more enjoyable, it feels a bit like a chore as it takes so much longer than riding. 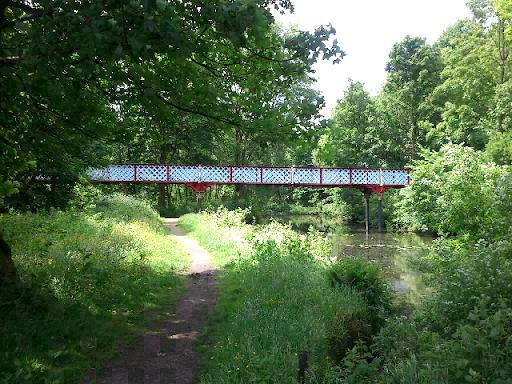 Well Collarbone is much the same, main issue I have is trying not to use it as it isn't as sore anymore. But then I do something and it hurts. I had Physio on Thursday and she basically said I was to be careful as due to the angle they are worried it could move and pop out of the skin, which didn't sound great. So I just carry on with my basic exercises.

Other than that this week I have made a real effort with the turbo getting on every morning. I've found if I go on first thing I do it, otherwise I think about it don't get on and beat myself up. Hopefully it will keep some fitness going. At the moment I am messing around with intervals, might need to sit down and plan some sort of plan.

I've also admitted I won't be doing Mayhem and emailed them, before I was hoping it would magically heal and I could ride (I realise how silly that sounds).

Next hospital appointment is a week on Friday, hopefully the xray shows some healing, I can already feel a callus so I am hopeful.
Posted by trio at 08:19 No comments: