I contacted the organisers of this race a while ago to ask if I could run with a dog, explaining that he would be attached to me on a short lead at all times and I had my own insurance. They kindly agreed and I decided to take cybi as the route went over cut gate which I know can be boggy. He will just keep going, chip wouldn't enjoy it.

Getting close to the event I was nervous as I hadn't done much running in November due to illness but the Monday before cybi and I did ten miles so I was confident we could do the distance, fourteen miles.

The day came and I kept cybi away from the start so he didn't get over excited, once they started going we joined the back and he was a star walking and jogging till the field spread out and we worked our way through on the first hill as cybi obviously thought I should be running it. It was a lot less boggy than expected as it was cold but that meant a lot of ice. One bit even cybi slide on! Soon we were descending to Howden Reservoir and the views were stunning. Some easy running along Howden and we turned off leaving the marathon runners to their longer route. It wasn't long before we started the steep climb up to the edge, near the top I was even using my hands, cybi kept an eye on me as he had no issues. From there it was nearly all descending back to langsett reservoir. Here there was a short section of road before a last climb to the finish.

A brilliant route and so pleased I got to run it with the wee man, who turned left for another lap at the finish! 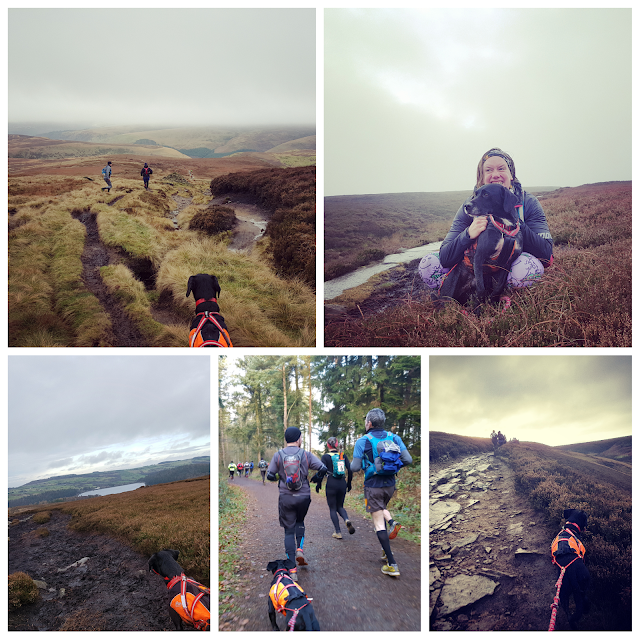