The Edges - White, Froggatt and Curbar

I suggested to Vikki we run up at the Edges this afternoon as it was lovely out. So glad we did as the views were stunning.  We could hear the stags most of the run and at one point saw a couple. On Froggatt we met some cows with calves who were a bit too interested in us. I hid in the bracken with the boys whike Vikki circled them and moved them alone. Lovely run and definitely one of my favourite loops. 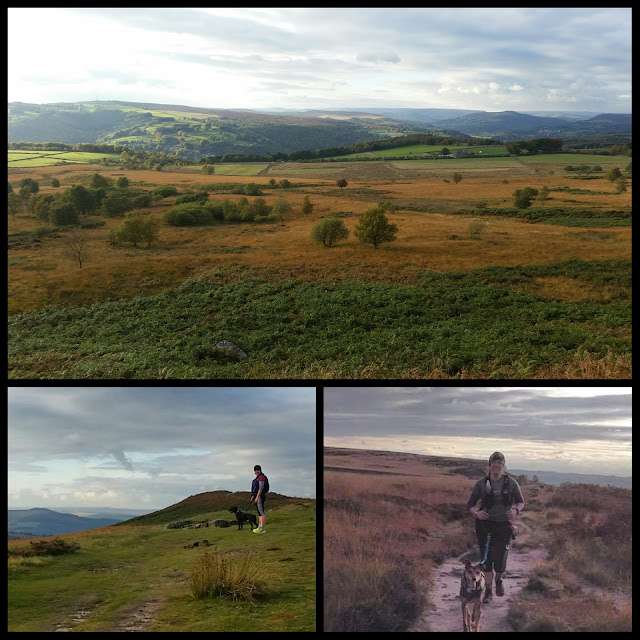 So the canicross season has started, this year the Canicross Midlands races are at some different venues and the first weekend was at Box End Park near Bedford. This is too far to travel each day so we were camping. It was a stunning location right next to the lake and we could watch the wake boarders. It was also only a couple of miles from Bedford so we had takeaway for tea on both Friday and Saturday evenings and didn't need to cook. Both of us had Friday off work so we could travel down in the day.

On Saturday Cybi and I ran the 5k in the morning. It was a little warmer than ideal for running with Cybi so he had a few dips in the Lake. As always he worked really hard and was a star. After a quick rest I ran with both Cybi and George over  the short course (3.2km). George shocked me when he went for it off the start line as although he obviously enjoys coming running with me and Cybi he tends to trot along and not really pull. As soon as they said go he was off and I had to work hard to stay on my feet. I was really proud of him as he even managed some overtaking. Me and the boys then spent the afternoon relaxing while Ali went to the football in Cambridge.

Sunday morning I ran the same combination. In the open we had mini mass starts with four starting at a time, usually we start at 20second intervals. Cybi was a star and got us to the first corner first but I couldn't keep that pace up and we were a little slower than Saturday. In the short course I was ready for George to go at the start and he pulled really well for the whole race. We came in slightly faster than Sunday and George coped with us being overtaken by quite a few from the class behind us.

All that was left was to pack up, which Ali being the star she is did most of while I was at prize giving. The boys were both brilliant all weekend, I was so proud of them.

After last months dark and white trail run at Carsington Water I was quick to enter the next event at the Goyt Valley. George had cried at being left behind as I ran with just Cybi. So today I ran with both of them. The route had everything. We were soon in singletrack the boys somehow managed to run side by side even though I barely fit along some of the bits. Then it got a bit boggy, Cybi managed to find a deep but of bog and sank right into it and needed some help getting out. It was a lot hillier than the last one and with it being technical underfoot the downhills were taken slowly.

As we got on the more open tracks the 5k runners caught us, having set off later, and before we knew it we were at the feed zone. I had some juice but the boys were fine after enjoying the many muddy puddles we had passed. George was doing well and even coped with an off lead dog running up to him. I was starting to find the hills hard but with both the boys smiling they kept me going.

Finishing we had missed out on a gold time by 7minutes but all three of us had had a lovely time and the boys were so well behaved. We're all tired after the 17km. 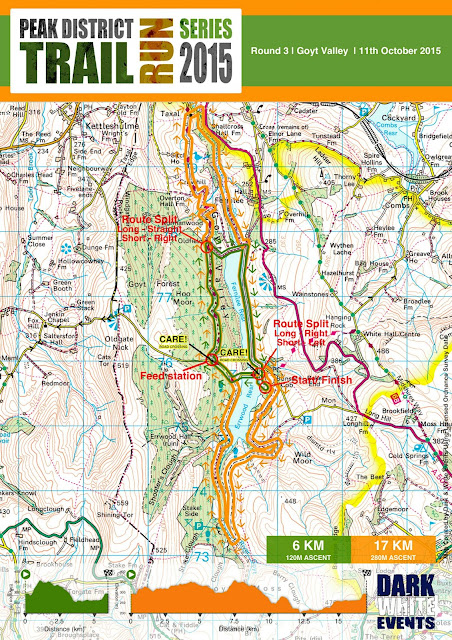