A run with all the weather.

This Wednesday heavy snow was forecast but when I arrived at Vikki's on Wednesday morning it was looking like it might rain but no sign of snow. We had a 15mile run planned and after a slight detour after setting off the wrong way we were on track. Then the snow came... Horizontally. We couldn't even see the exit from the field we were in. It should have been runnable but we were walking unable to see much. I decided I should put my waterproof on as I was beginning to get cold. At the next wall (so we could shelter) waterproof trousers were added. The snow abated slightly which meant we were moving slightly faster.

After a while the sun came out and we're thinking of taking layers off... The weather obviously realised that and it started hailing then back to horizontal snow. When that stopped we found ourself wading down a river that was where the path should be.

It was hard but a fun run. 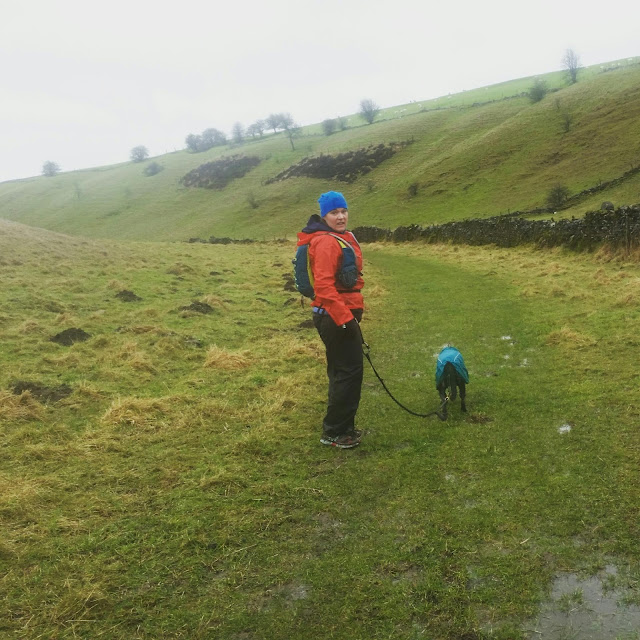