Ali had given me a pass out and Hannah, Sarah and Al were playing out. We decided to meet at Langsett and I plotted two routes over, one on the road and one off. As the weather was nice I decided on the off-road route over cutgate. I was 500m from the house before I was off and walking, not a surprise since I was heading up what we had been riding as a descent. Then it was over to Ladybower Reservoir and up to Derwent Reservoir. Then it was cutgate time. I ended up carrying my bike up the first section! 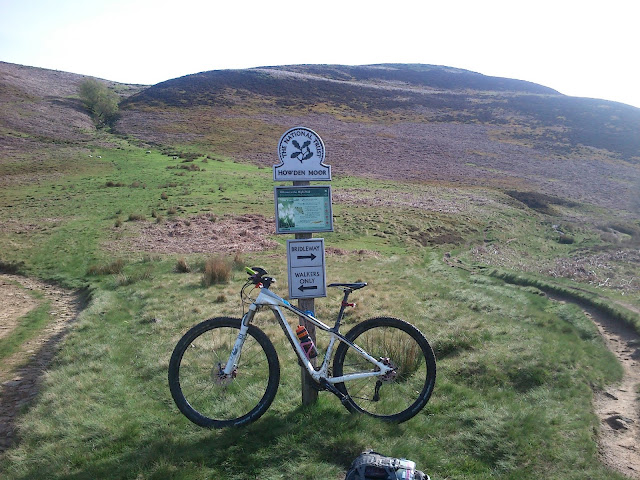 Once riding again it was a lot of trying to chose the correct line and there was lots of dabbing but the views were amazing. The descent into Langsett was lots of fun and I arrived at the car park to find Hannah had brought me an iced spiced bun. 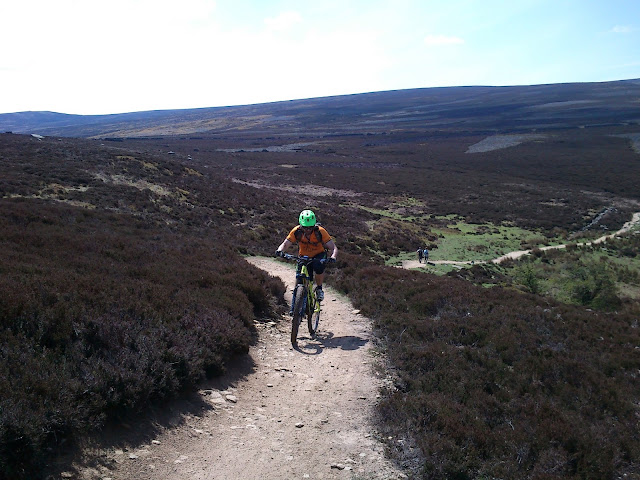 Meeting up with the others we headed back up the hill to then descend the last part of cutgate again. Then it was across the road to climb a nightmare climb, although not steep the ruts were such that you caught your pedals and the grassy bits were very narrow. At the top we decided to head back to Langsett and to the café where it was time for toasties, cake and ice-cream.

Then it was time to wave goodbye and head back up cutgate, it was a lot more rideable from this side but I still had to push a little bit. I had wondered how the descent would be but I rode most of it, just the odd dab and one stop to let my hands recover as I was holding onto the brakes for dear life! Then back along the reservoirs and home.

An evening ride with the girls 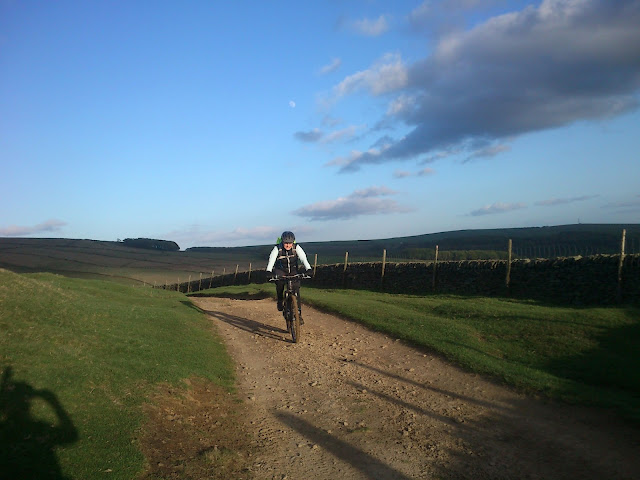 The NWMTB girls were riding from near Chinley in the Peak District and as I now live nearby I thought it would be silly not to join them. Leaving what I thought was loads of time I forgot to account for the headwind and the fact I didn't have quite the right location so was a little late. Fortunately I was able to catch them up. We headed down Roch Clough and I remembered just how rocky it was out here. I walked one section where the drop was too big for me but otherwise managed okay. Near Hayfield we headed over to Cracken Edge where the views were stunning before returning by Roych Clough.

After a fab ride and just as it got dark I headed home, following my Garmin I ended up off-road and was beginning to worry I was going to end up going down Cavedale, which I knew to be a very technical descent. As it was it was nice easy riding and I came out on a road I knew.

A late night but worth it. 37miles in total and felt strong on the climbs.
Posted by trio at 20:44 1 comment:

Waking up to a lovely sunny day we knew we had to get out so we set out to find some of the local geocaches. At first we weren't successful but soon we were finding them and enjoying being out in the sunshine. Getting to Eyam we had ice-cream before returning home via another two caches.

After lunch I headed out on my bike, Ali was tired and decided to be sensible and do some work. It was amazing out and I was really happy with the route I had plotted. When I got back I was about to wash my bike when Ali said it was too nice a day and she wanted to ride the route as well so I headed back out with her. It was getting a little cooler but it was still a lovely day. She was flying today even jumping on a rocky descent, unfortunately this led to a puncture which I got to fix!

In the end I had ridden 26miles and walked about 4miles, not bad for a sunny Sunday. 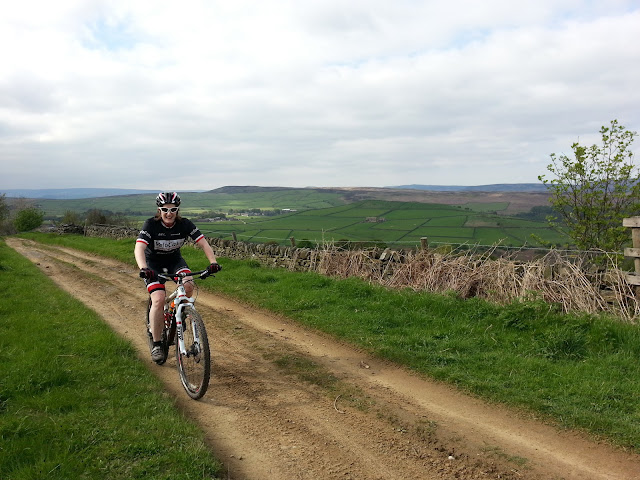 Riding my mountain bike from the new house 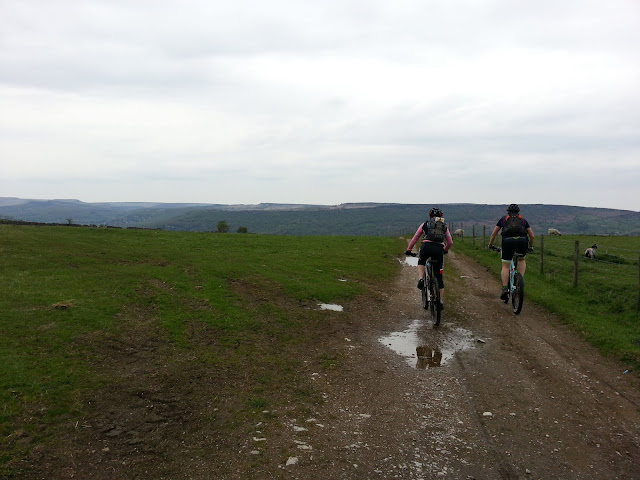 Hannah came over to see our new home and brought her bike so of course we had to go riding. Ali helped me plot an eight mile route and we were lucky with the weather after days of rain it was clear. After a very short road section it started with a climb which had us all off and walking. But once up high it was a series of short ups and downs, before a fab descent to Calver. Then one last climb to descend a track we had walked down the week before. It was techy and fun but showed me I have lost some descending confidence and skills. Still its a great place to practice.
Posted by trio at 20:20 No comments:

We've been out a few times on little walks from our house, an hour at most. I think we're going to love it. 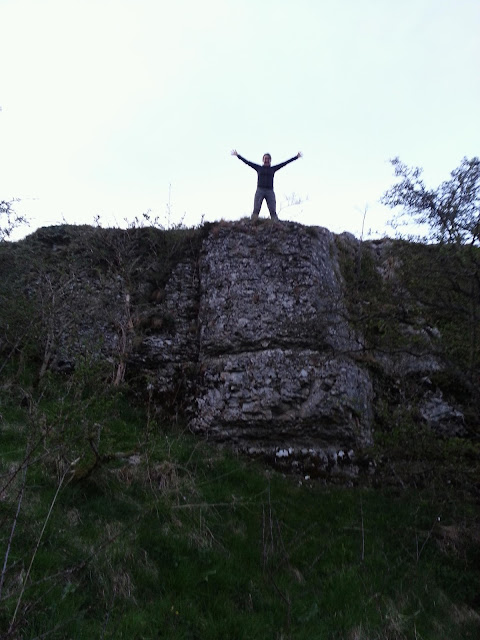 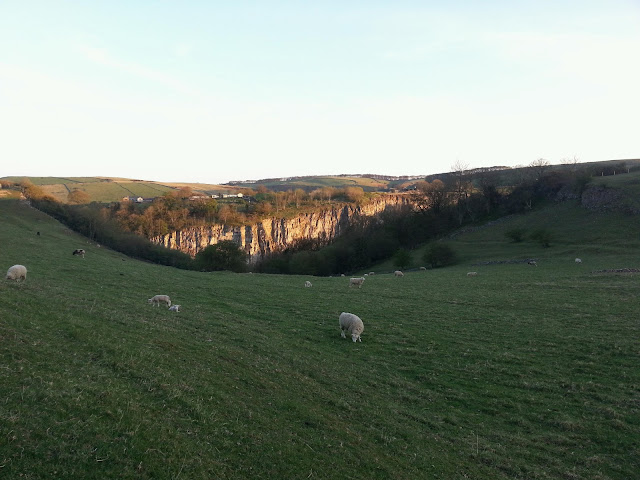 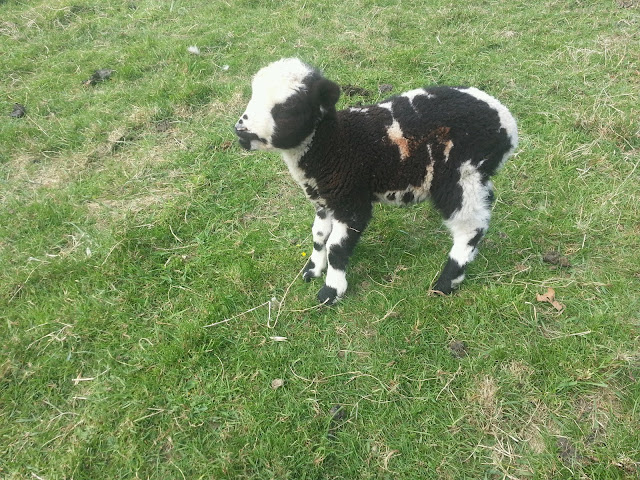 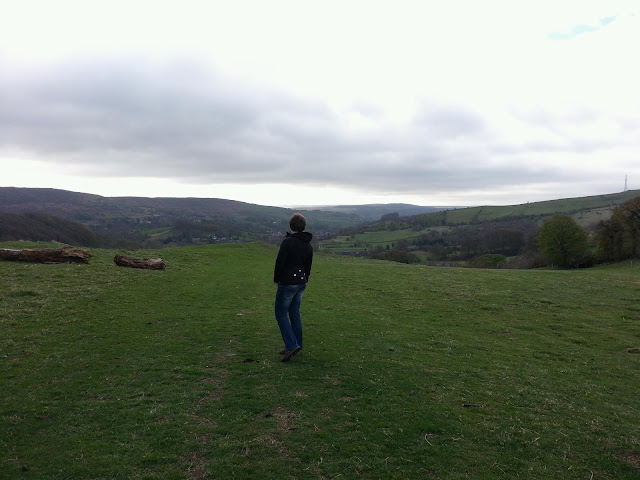 With us both now working and loads to still sort out, all our stuff is still in boxes, we've not had a chance to ride off-road yet. But when I left work on Friday I decided to ride a slightly different way home. I started following where my garmin wanted to send me and when I noticed a bridleway heading in the right direction I followed that. In the end I did three seperate off-road sections, linked by a couple of road bits. Great fun and makes me want to do more. 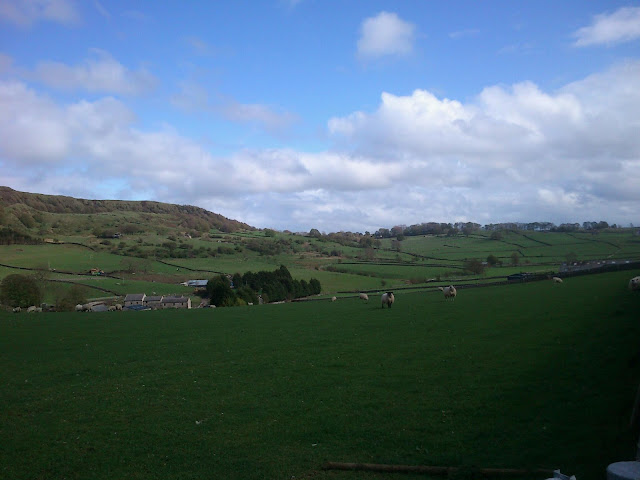 As lots as you probably know Ali got a new job in the Peak District so this weekend we moved. Today I started my new job, although I've loved teaching Bikeability I didn't fancy commuting into Manchester everyday and spending half my life on the train. So today was my first commute, it was a perfect Summers day, its a little hiller round here but stunning. On the way home I stopped to watch the paragliders.

We've also made the most of our surroundings by going for evening walks....which has slowed down unpacking. 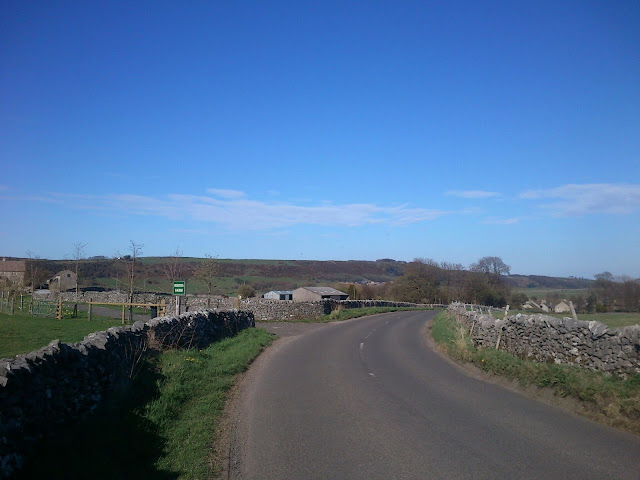 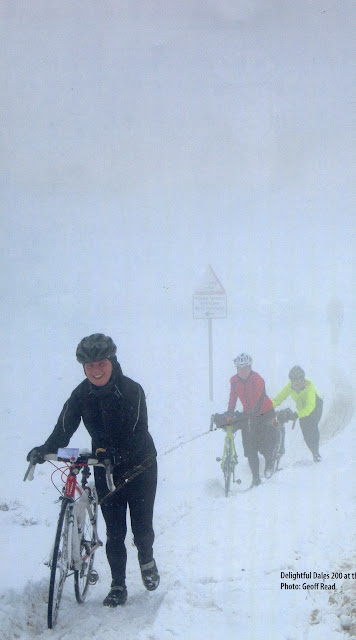 So the crazy 200k Audax I rode in March made the back cover of Arrivee, fame at last. Well in Audax UK circles.
Posted by trio at 10:01 No comments: