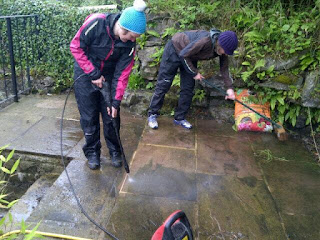 Friends over and they brought their power washer so after some geocaching, a spot of lunch at Eyam we came home and started on the garden. The difference was amazing, already it feels a lot lighter! I think it probably needs a few more goes to get the years of stuff off it but loving how nice our outside space is going to be!

We stopped as we thought we'd fused the power washer, turns out we'd tripped the electric in the house as the extension cable was full of water, oops!

A fab day with friends, we promise we won't make everyone who comes to visit garden!

A bit of rearranging of my weekend work and the manager at my new work arranging for me to have a couple of days off after the event meant that I could race at Mountain Mayhem this year. I had been meant to ride there solo last year but then broke my collarbone. After last years mud-fest it was at a new venue so I had no idea what the course would be like. We were also were unsure we had everything we needed as we still haven't got everything unpacked and organised after our move but Ali as always was a star and had basically packed everything herself. We arrived on Friday night and got ourselves set up in an ideal spot, tent and Gazebo up just in time for the rain.

The short story is that everything went better than expected, I lasted the 24hours and amazed myself by winning the event. Trophies were presented by HRH Princess Anne as well! 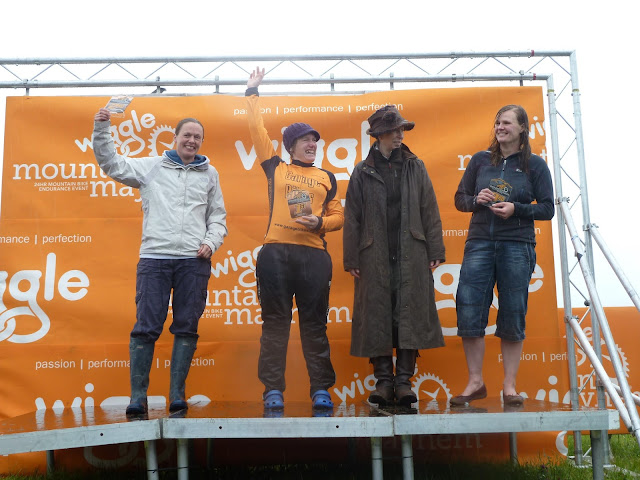 So back to the race, the morning was spent getting everything set up and before I knew it I was lining up ready to start the run, the start was at 12noon which I much prefer as less hanging round but also a 12noon finish the next days. I started near the front of the run and just took it easy on the way round so people were streaming past me but hopefully I didn't lose too much time but also didn't kill my legs off too much! There was some queuing on the first lap and I came over the line in second place, behind the current European Champion. It had started raining at this point so I grabbed a waterproof and headed out again, I was already spending a lot of time pushing as the course was very up and then down. I was finding that it was hard to eat or drink on the lap. It was during this lap the girl in 2nd went past me and I was down to 3rd, it was early in the race though and I was more worried if I would last the 24hours as I haven't done anything apart from my ten miles commutes recently. I also saw a number of crashes, one guy who obviously had concussion and I crashed on the first descent which left me covered in mud. 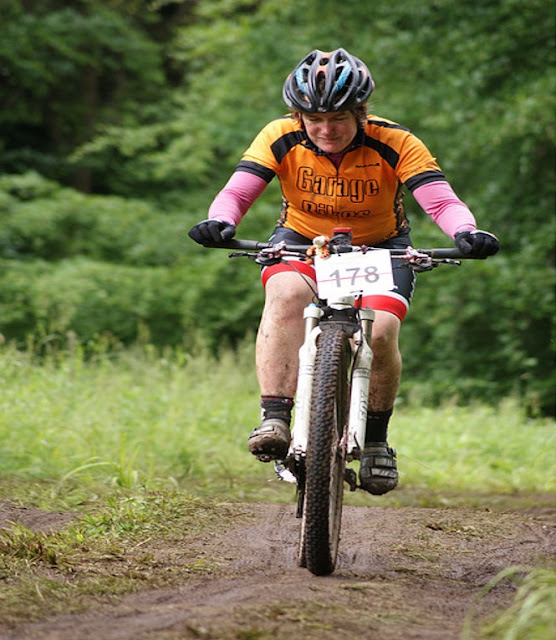 Fortunately the rain stopped and the course started drying out, I had swapped onto Ali's bike and her tyres seemed to work a bit better in the mud. I had taken to walking the first descent as I had scared myself when I crashed! In the next few laps I moved into first and started pulling out a small gap. I came in to swap bikes, back to mine as it had lights on and it was going to get dark soon. Al and Sarah from Garage Bikes had arrived with more supplies and to help Ali with support. 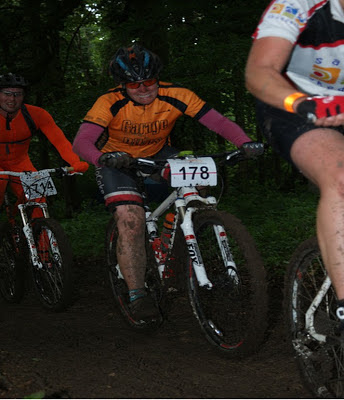 During the night I had a couple of bad laps where my eyes kept closing, including having to walk a long section of singletrack so I didn't fall into the lake. My support team were fab and kept me going, force feeding me and making sure I kept drinking. Sarah seemed to really involve bossing me around! The gap to 2nd was staying pretty steady but I was struggling, I was glad when dawn came which sped me up a bit. At some point I got myself a lap lead so I was able to lurk at the end although I was keeping an eye out just in case we had got that wrong. I crossed the line just after the 24hours to be met by Ali, another true team effort as once again she worked as hard as me to keep me going.


I couldn't have done it on my own, lots of people to thank:

Friends out to Garden

Catching up a bit as there has been loads happening, mainly fun stuff and making the most of where we live. After a day working in Manchester on Saturday Hannah and Norn were down for some gardening. First off it was time to eat so we had Curry and then someone suggested a walk so I took us straight up the hill so Ali could say hello to her friend Patches 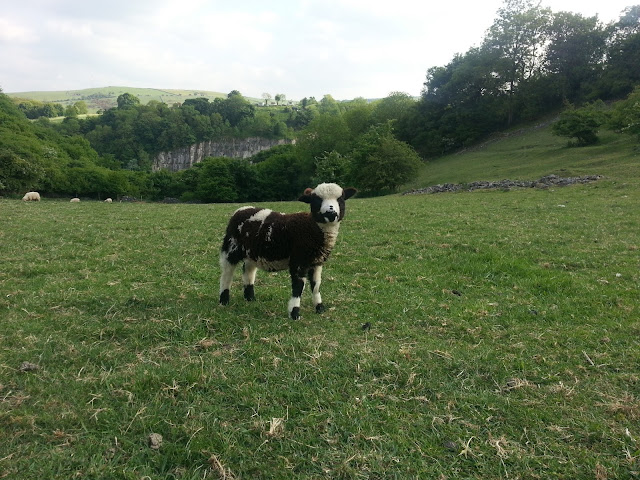 As we were about to leave the farmer arrived, it turns out Patches is called Spot and is getting bottle fed so me and Ali and I got to feed him, a lovely end to a lovely day.
Then on Sunday after attacking the brambles in our Garden we went off to Eyam, as we passed the lovely Octagonal Church in the village and it was open. It's amazing inside and lovely to see. 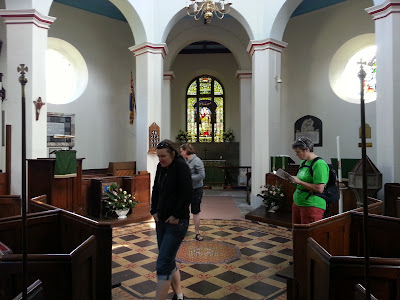 At Eyam it was lunch and a wander round the historical village. On the way back down the hill we could see the difference we had made in the garden. 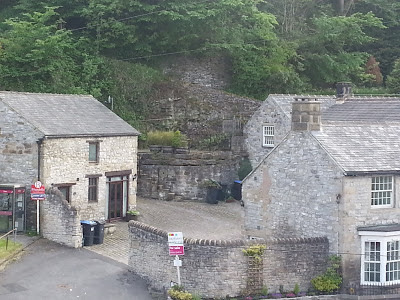