A lovely wander with the boys

After a lovely day in the hills with Hannah yesterday she was a little broken and Ali is still struggling with her ankle that she sprained a couple of months ago so we decided to go to the yonderman and have one of their amazing breakfasts for lunch. While the other two went in the car I walked there with Cybi and George (George is a foster dog who has been with us a week). It was a lovely day and only right at the end did we end up going through a field of sheep. The three of us were loving it. After food I decided to walk back as it was such a nice day, since George had seemed fine (trying to build his exercise up slowly) both the boys walked back with me. 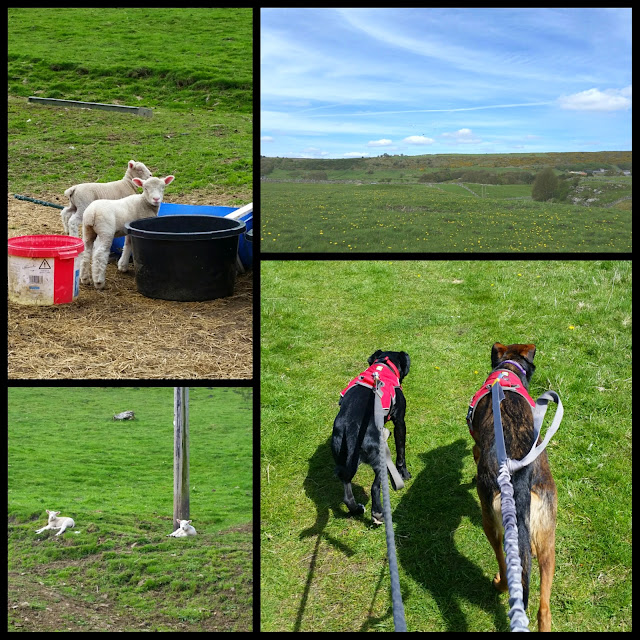 At Easter it was the Canicross Midlands Spring Showdown which was four days of racing at Catton Park. We were going to be camping as it's just a little too far to head down everyday. Unfortunately Ali sprained her ankle quite badly the week before and Cybi and I had to go on our own, I have to admit I was worried about camping with Cybi on my own as he can be a bit of a handful.

As it turned out he was fine, settled best if I wasn't there and once popped in my sleeping bag at night so lights didn't disturb him slept fine, one morning we both slept till 8am!

The racing itself was fun and muddy. I had entered us unto the 10k in Sunday, turns out only ten of us were crazy enough to run the longer route, and we loved it even though it was a little warm for cybi.

It was a great weekend but I really missed Ali as she'd have loved it. 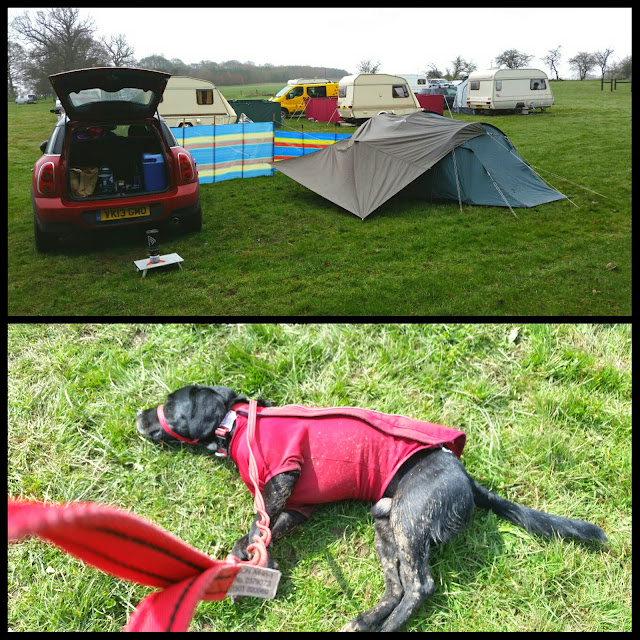 A bit of practise for Saunders

We were meant to be at the Welsh Ride Thing this weekend but Ali has a sprained ankle and would like me about, she'd also really struggle to walk the dogs. So Hannah and I planned a little adventure, which went from biking and bivvying in the Peak, to a training walk (with maybe a bit of running) but sleeping in beds since the weather overnight wasn't meant to be that great.

We choose four points on the map, the plan being to navigate between them and hence practise our navigation as well. Ali dropped us off at Great Hucklow so we were a little closer to the first point. We got very close to the first point, a trip point, but it wasn't assessible without climbing over walls and walking on gliding club land so we had to make do with a wave. Onto our next point and that was easily ticked off before dropping into Hathersage, we had quite a steep down where Cybi wanted me to go faster than I could! I think Hannah was glad she didn't have a dog attached to her at that point.

Our next point was a Fort in the hills outside Hathersage, well being a Fort on the top of a hill. It was brilliant up there though and worth the climb. We then descended to longshaw Estate, planning on grabbing a drink at the cafe, which was shut meaning it was later than we had realised. It also started to rain so we made a quick call to Ali and arranged for her to collect us at Grindleford Station, which was a lovely walk through Padley Gorge to finish the walk. 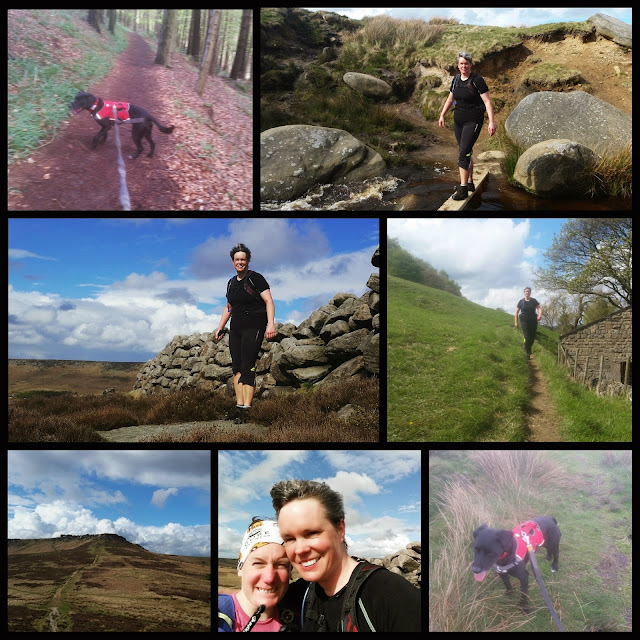