Ferry across the Mersey 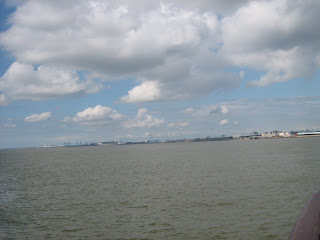 Off again to Merseyside to pre-ride a route, this time over on the Wirral which meant we had to get a Ferry across, I am sure you can imagine how excited this made me! It almost made the long journey over to Liverpool not feel like work.

Due to the time we were heading over it was now a Cruise and not a commuter ferry which meant that there was a commentary and it took a slightly longer route, not that we heard the commentary as of course I wanted to be outside. 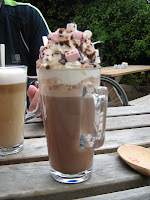 The route itself followed the coastal path for the first section, only one bit you are now not meant to ride, so I had us following the actual route which was a little interesting to say the least. I enjoyed it on my cross bike, Les probably less so on his road bike. To add to all this I had forgotten my lunch this morning. Still a cafe stop and I had a huge hot chocolate and a sandwich before we carried on for more adventures. We had to do a bit of road work before more cycle paths, only they were blocked by road works and we spent more time in a B&Q car park than I ever wanted to. But after riding in circles and over a fly-over we did find a suitable route.

All that was left was a trip back on the ferry and then what felt like a long train ride home. 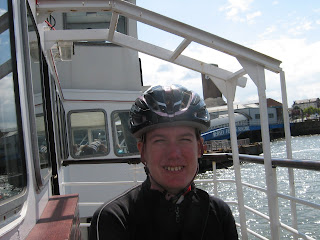