I was racing Mountain Mayhem in a Sports Mixed Team for Cookson Cycles but things didn't work out quite as planned and we only had four riders. The organisers said we could race as a non-competitive team or change into the Expert Category. So at 12noon on saturday we sent Shaun out on the run against Nick Craig. The top teams had lapped us by four laps in, but with Liam Killean racing for the Hope team we knew that we had no chance of matching them. The suprise came in the fact we were having a close race for 6th/7th/8th place. 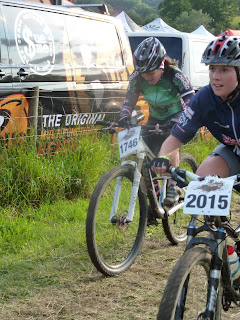 I was 4th man out and the boys had all done sub-hour laps. The pressure was on me! I had plans of doing some intensity work in the leadup to this event. But with a combination of a operation and then crashing my bike it never happened. All I could do was push as hard as I could, I was at my limit on all my climbs but the lack of recent mountain biking showed on the descents and I was struggling to ride them and crawling down them. Still with lap times between 1:08 and 1:18 throughout the race I was pleased with my riding. On my night laps I was caught twice by Anna Buick riding for Salsa. The first time it was at the end of the first climb, I held on till a descent and she got a gap, I worked on the hills to slowly bring her back but every descent she seemed to fly putting 3 minutes into me at the end. The next lap I was already finding it hard to get my heart rate up but I held on as long as I could, she lost me on the final descent. That girl is amazing downhill! 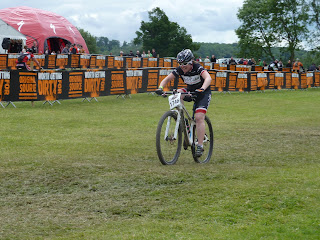 The boys tried some fast laps but at the end they were shattered and so I did our final lap, I couldn't hold off the fast guys so we finished in 8th in our category and 22nd overall.