Sunday was a lovely day so Ali and I decided to ride over to the cross race in Northwich. There was going to a lot of cake there, or so I promised Ali so she would ride with me. 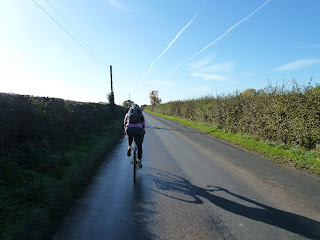 30miles later and it was time to race, I didn't feel like it at all but once there it seemed silly not to enter. 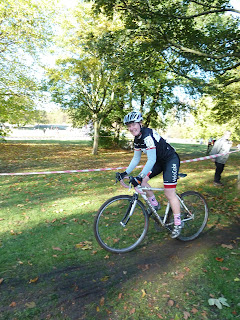 Apparently its not normal to smile and chat your way round a cross race? 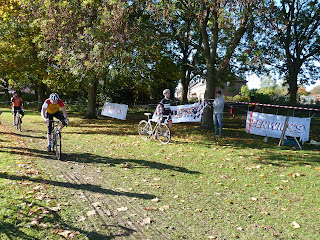 Mikey was velocakes star rider, finishing well up the field after running most of the last lap - some excuse about snapping a rear derailleur. 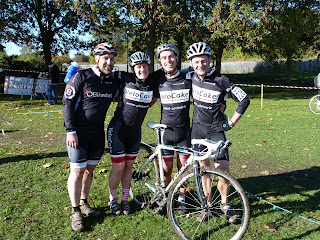 After that the happy lot had a pub dinner and no cake was consumed! Beer was though!

Turns out I was third female, had a phone call asking for an adress to send the cheque too. Maybe next time I should try running up the odd hill?