Back from a fun weekend away. Somehow although it rained the whole way there, Dalby was dry all weekend. We missed the big ride out after Ali decided not to bring her bike - halfway there she was wishing she had it! Next year we are bringing her a singlespeed to ride!

Saturday evening was dominated by the Rollapaluza which Ali won in fine style, I don't seem to be able to get my legs to move fast enough!

Sunday morning and it was time to leave our bikes in the woods for them to be moved around. I already knew I wasn't up for much, riding the length of the camping field felt hard! So I was out for a fun ride. Ali got to help moving the bikes around so she was happy. 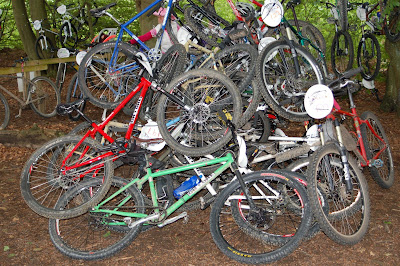 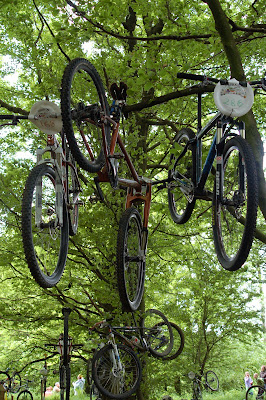 After a jog across a field I found my bike up a tree, Ali had made sure she had moved it! At least she left it so I could reach it! 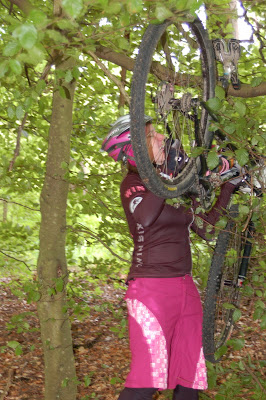 The course was great, some technical bits. Only one down I walked both laps, the rest I rode. Lots of screaming though! 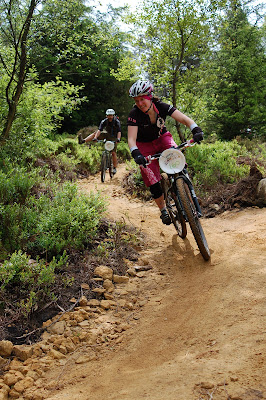 The second lap I stopped for a while at the beer stop, I found I am not great at riding after beer, but it was a nice course so I enjoyed myself. Ali not so much she was in the woods getting eaten alive waiting to take my photo, only I was sat drinking beer so she had to wait a long time!
A great weekend, Ali has about 500 photos so will hopefully get them online later.