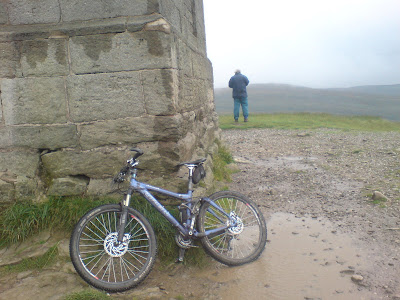 The first tower was at the top of the pike, now I probably ride up here once a week, so it wasn't very exciting, I just rode over my normal way. At this point it was raining, misty and very very windy. From there I headed past pigon tower (maybe it should be the four towers ride?) along Belmont old road and then along the cheeky path to Belmont, then it was off along the Witton Way towards Darwen Tower, via the woods at Tockholes. 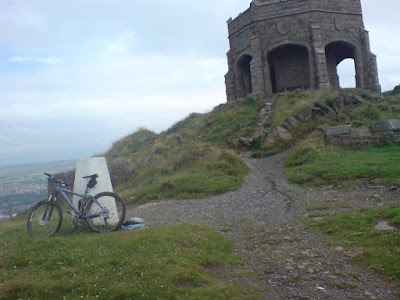 This is the tower I've been to least, only three times, last time I headed straight up the path with the water bars, this time I took the longer and not as steep path to the right. This path is more of a technical challenge although it isn't as steep and an enjoyable to reach the tower, by this point I took my waterproof off but it was actually getting windier, nice! So I headed back across the moors to pick up the soon to be Bridleway across to the A666. Then it was past the strawbury duck and over the bridleway across the firing range. 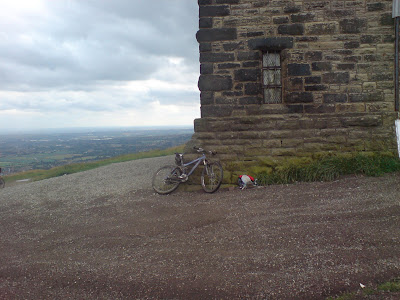 After crawling up the steep climb to Peel Tower I decided to continue following the path, after a nice downhill I headed home with a bit of road and some nice singletrack near me.