Day One
This time I headed up to the Lake District for some hiking and to practice what I had learnt on my mountain skills course. 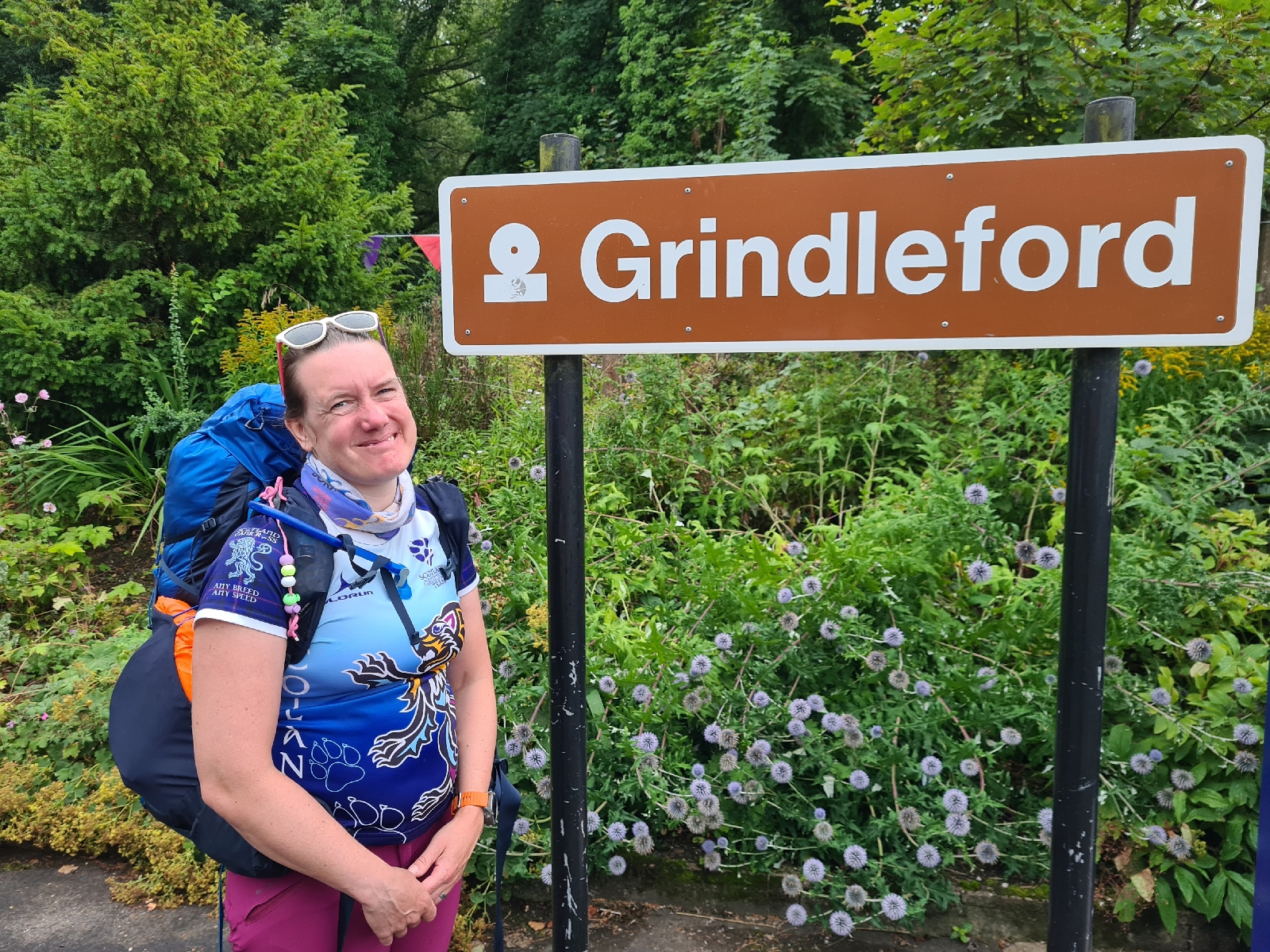 Once again I was on the train so I was dropped off at Grindlefordfor the 728am train to Manchester, changed there and it was a direct train to Windermere, arriving at 1034am so that gave me lots of time. One of the things I realised on my course is that navigation takes time and i was trying to push the distance too much, i had been worried that i was too slow and not doing enough distance! So I had shorter days planned but with more micro navigation practice. 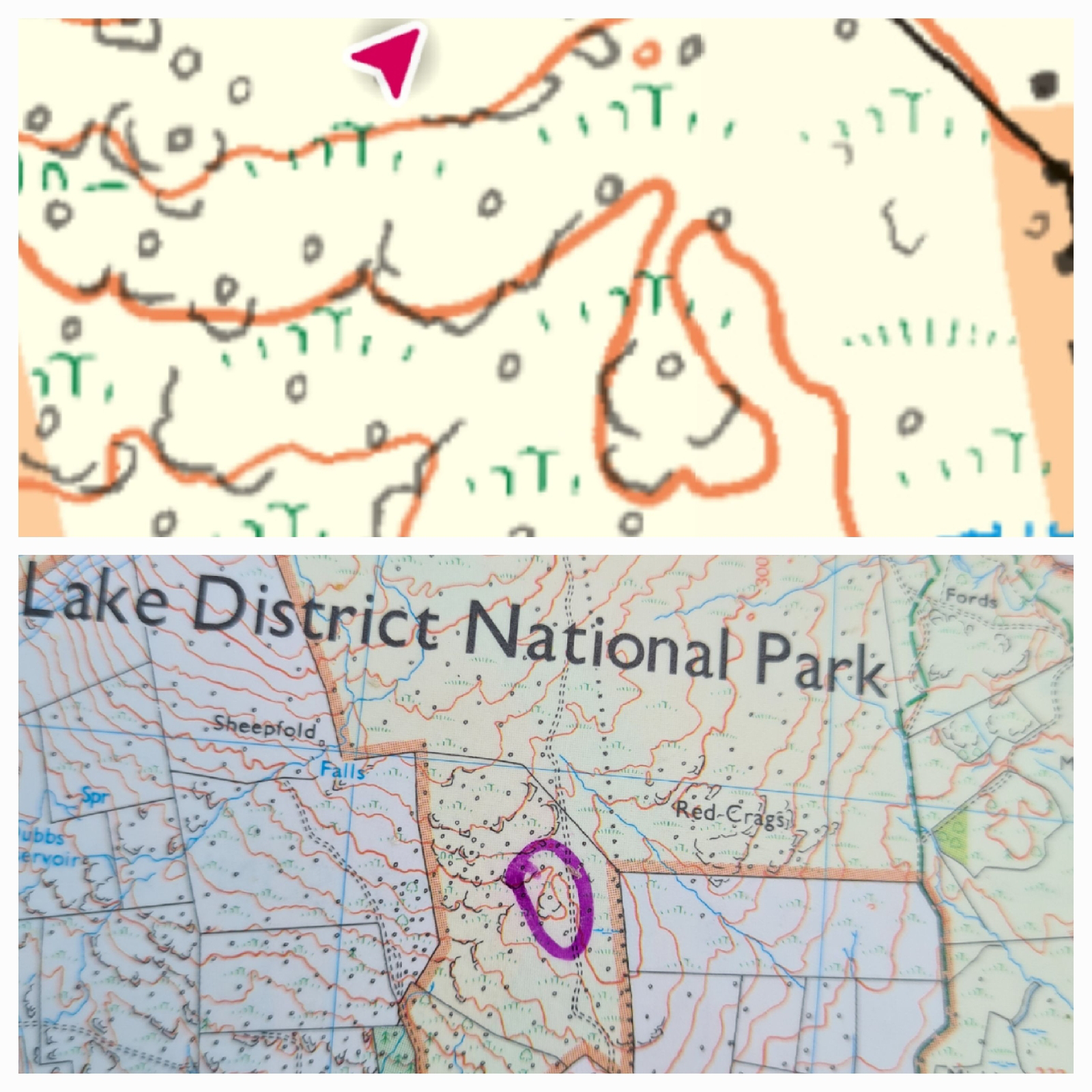 As soon as I was on open access land I tried to navigate to an interesting contour feature, I did overshoot it but looking back there had been hints I was that I should have listened to! 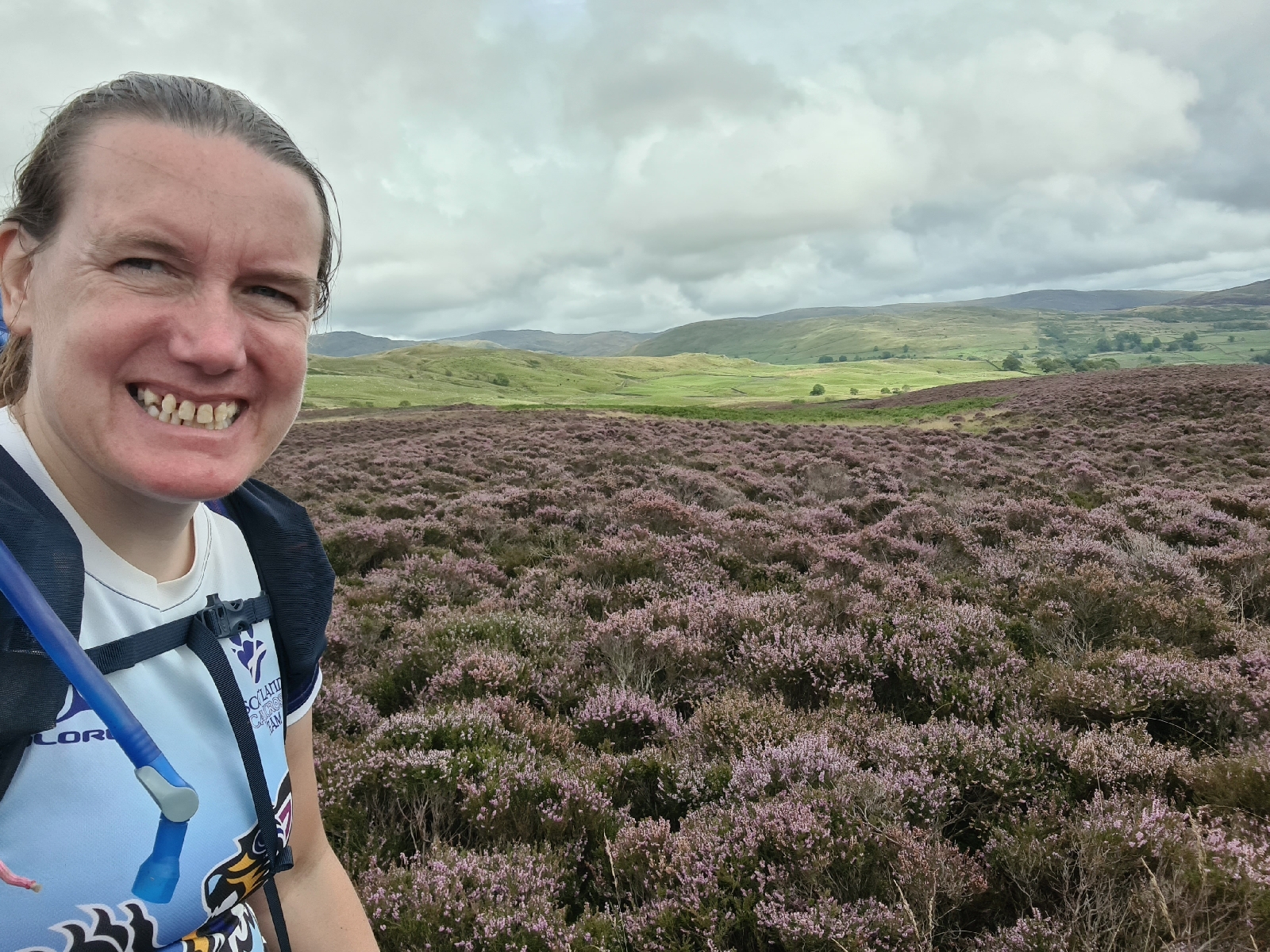 Continuing on I found a spring and went through some lovely purple heather. 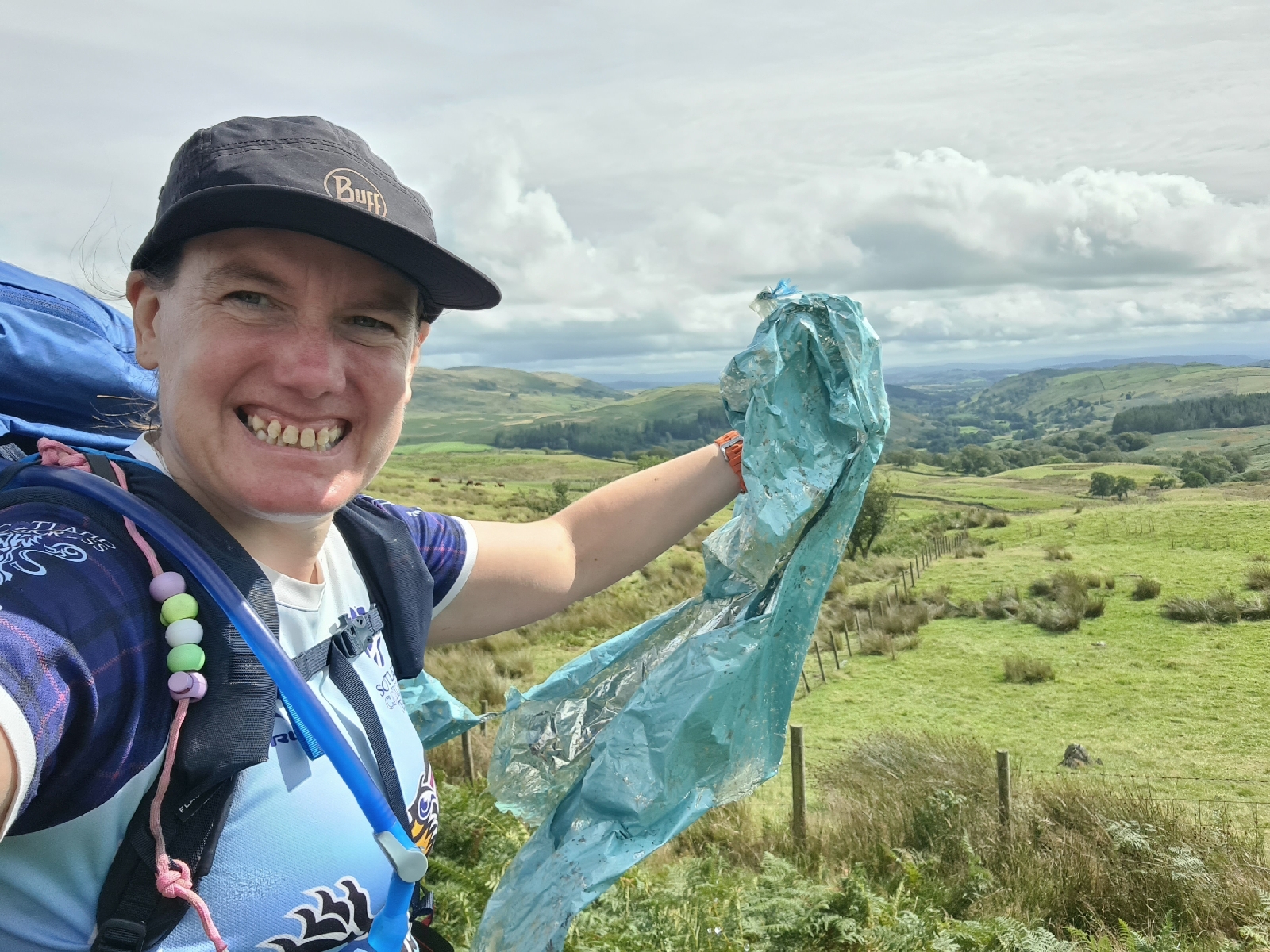 Continuing with my navigating I found a ballon, caught in the bracken well away from amy path. I cant go out in the hills at the moment without finding one it seems! 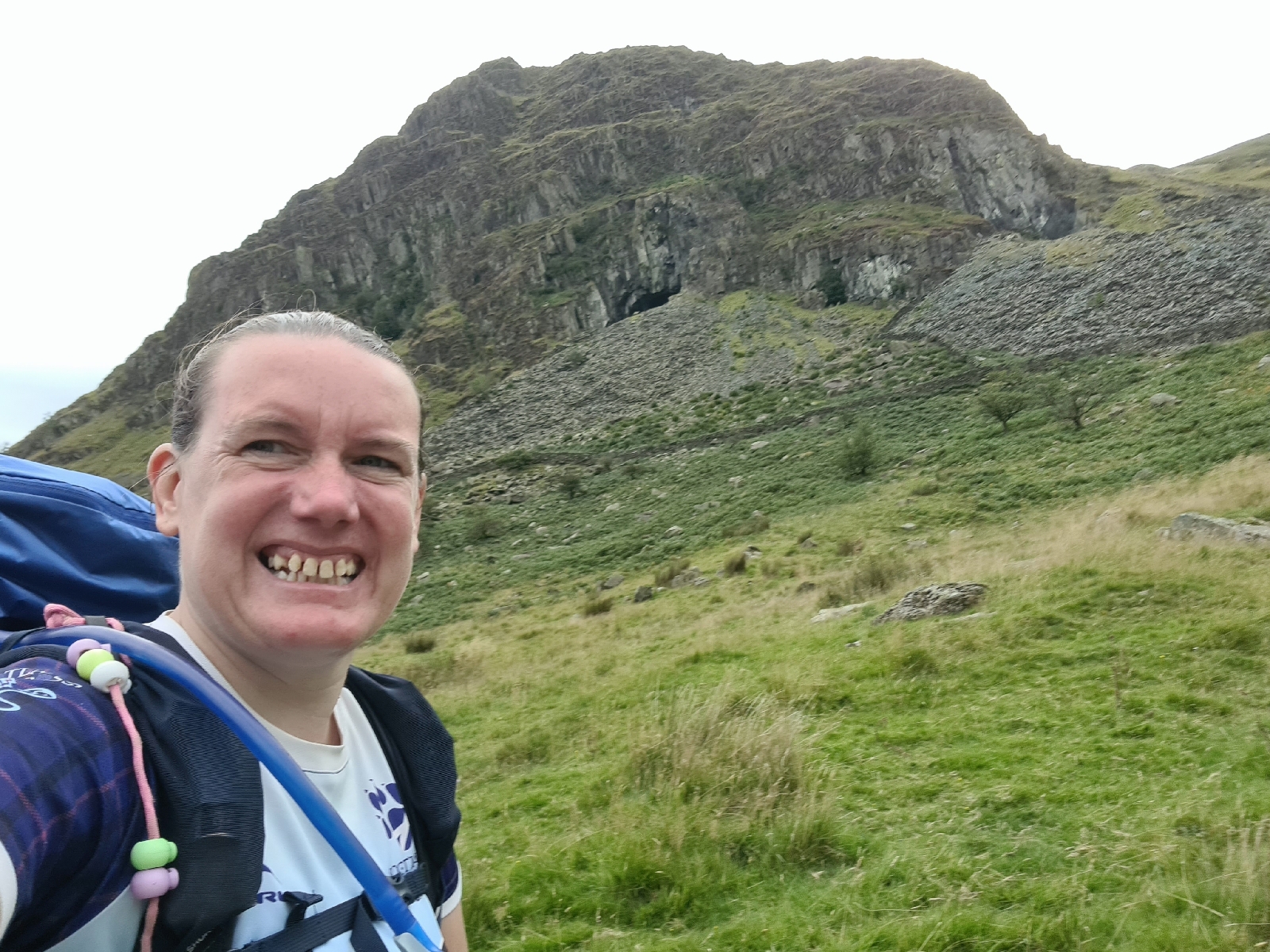 Then it was into Kentmere Valley where i could see Rainsborough Crag, which i had planned on scrambling up, avoiding the actual crags obviously! 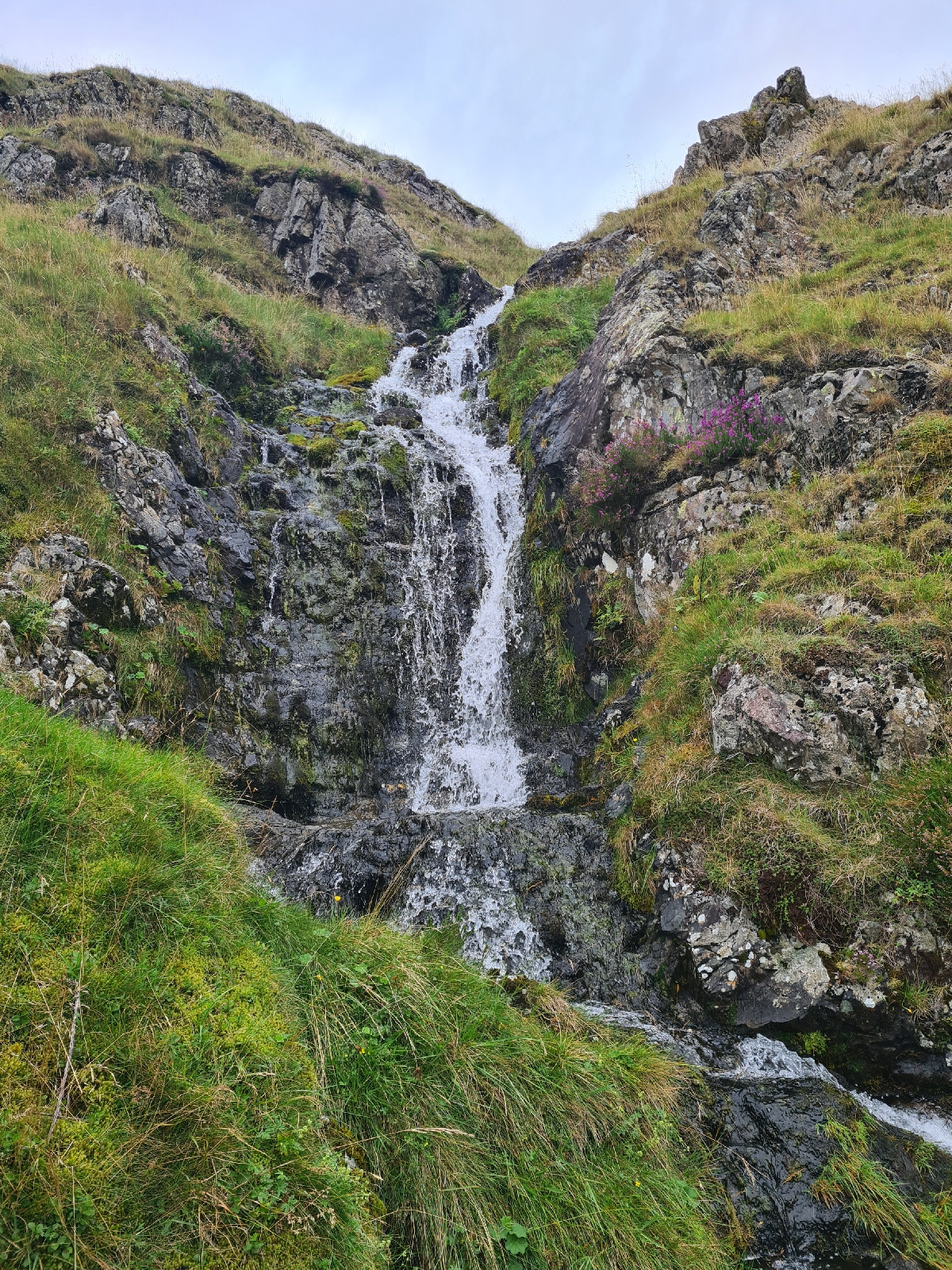 Heading up I passed some lovely waterfalls, no nice swimable pools though. 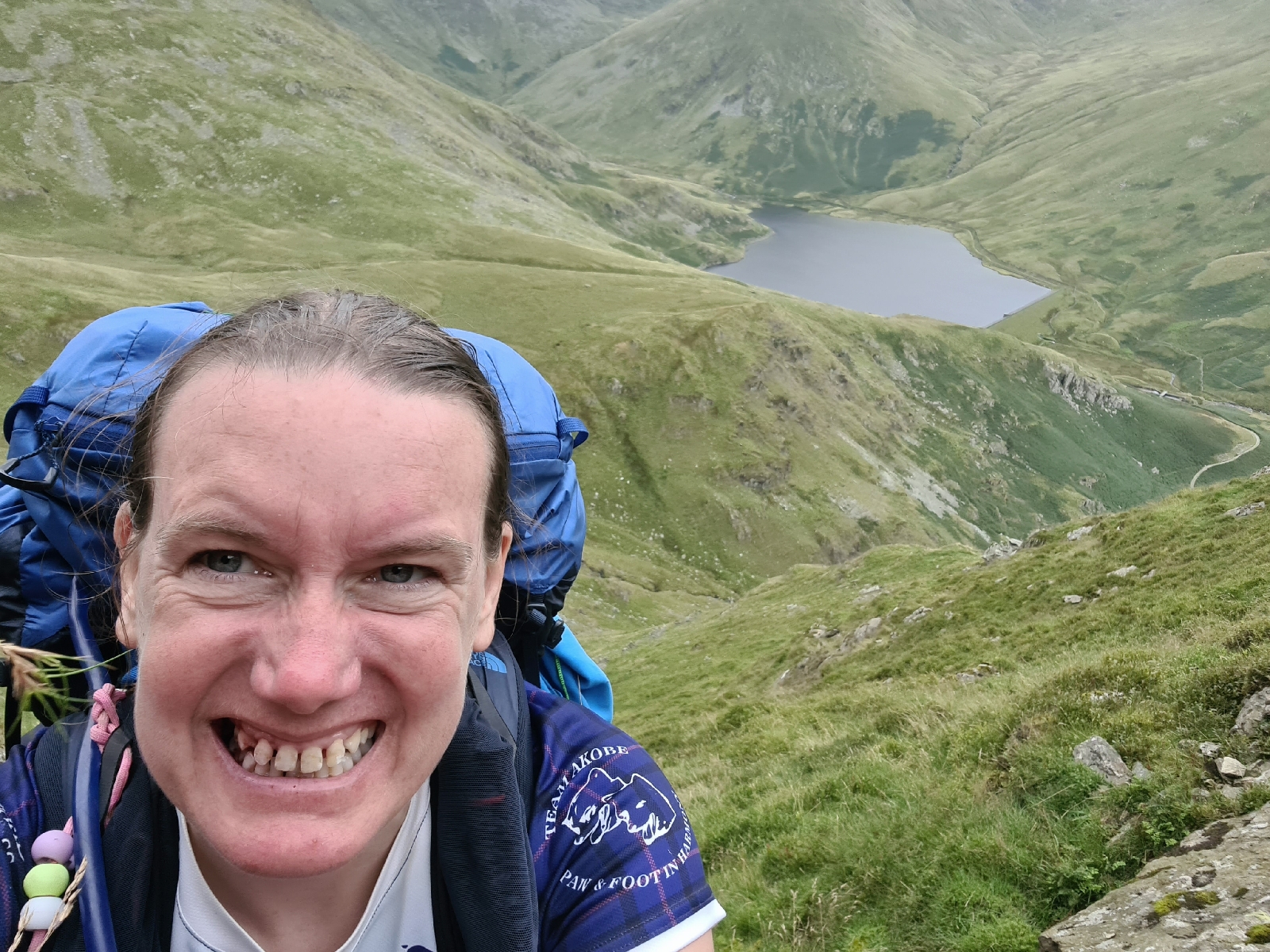 Then it was up, lots of scrambling and it was very steep, but I took my time and checked my holds before transferring weight. 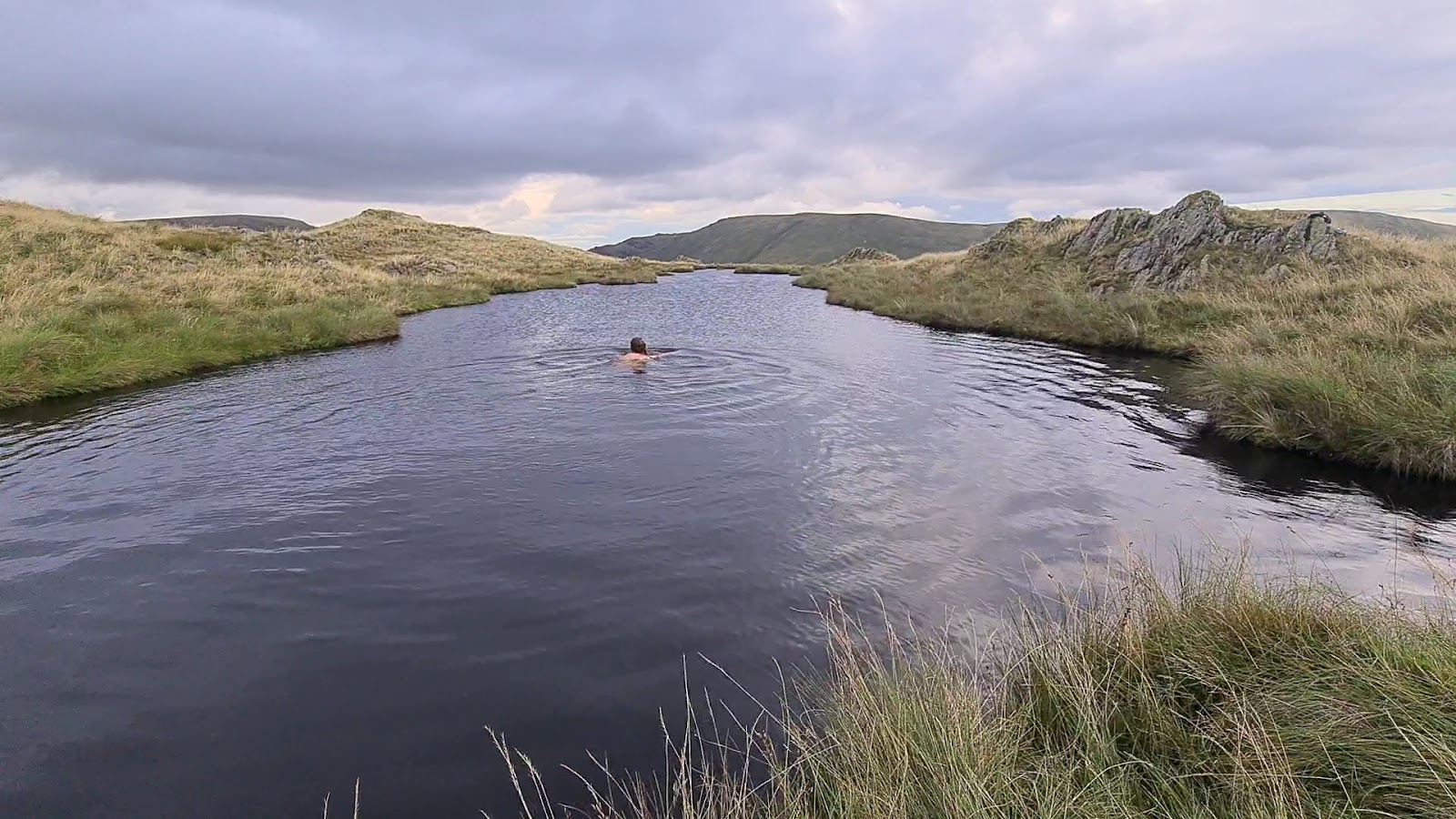 It was worth it when I came out at this lovely tarn, my planned stop for the night. Once I found a flat, dry spot I pitched my tent before having a swim. 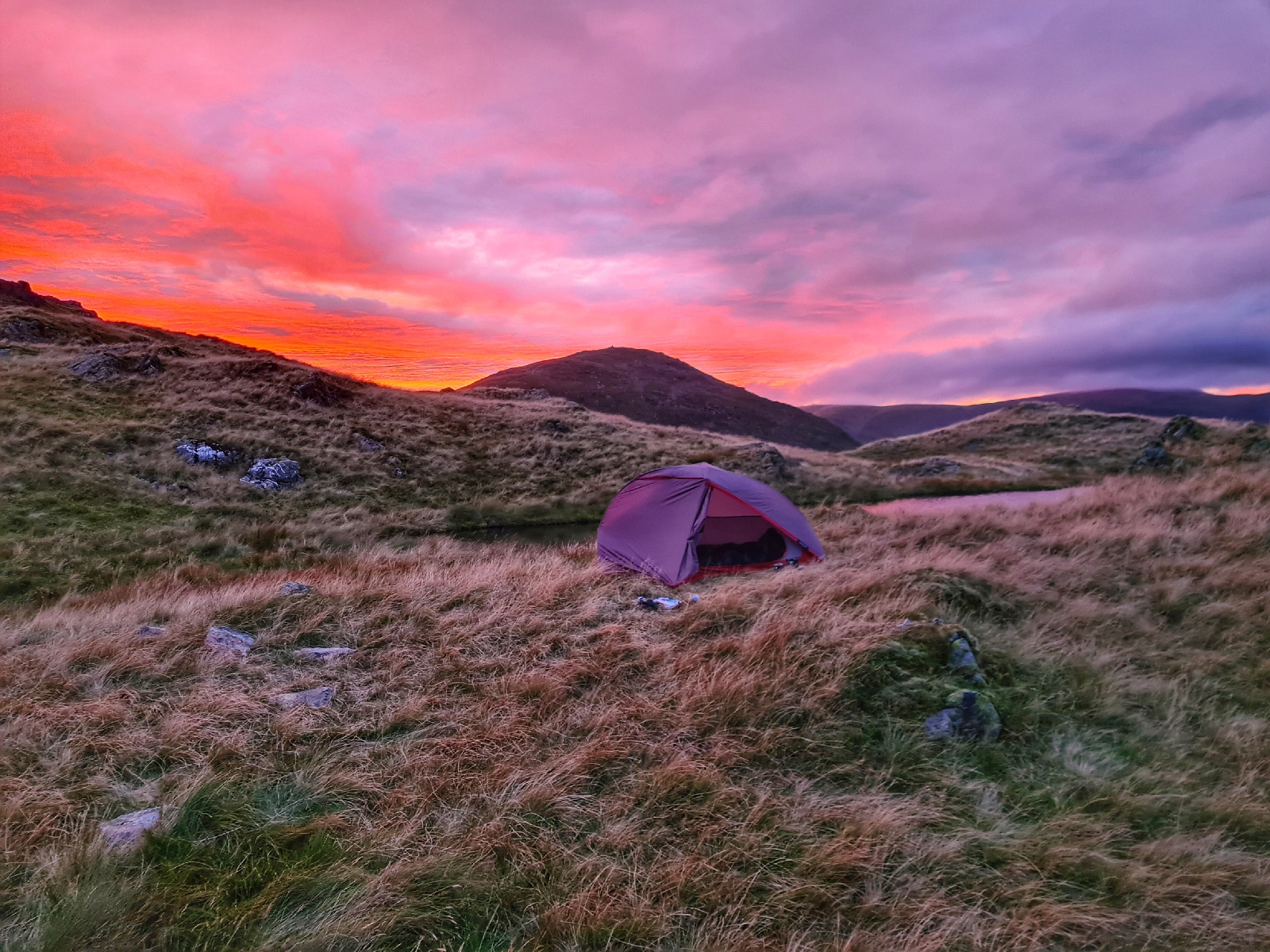 It was lovely stopping earlier and not feeling rushed, the sun setting put on a lovely light show for me before I went to bed as well.
8.7miles 970m a

Day 2
I woke up early, but took a while to get up, I decided against a swim as i was feelibg a little chilly. 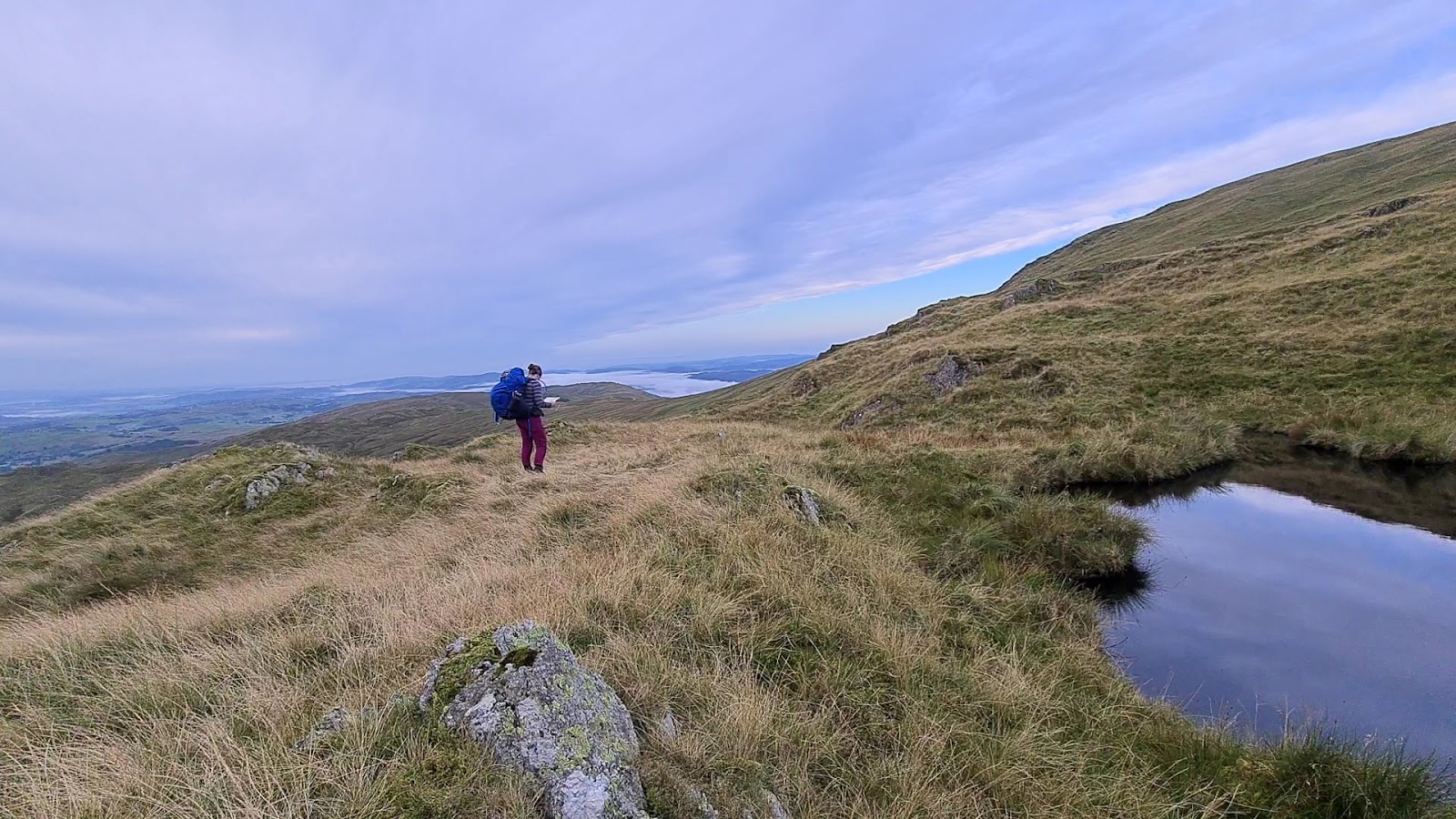 I said goodbye to my lovely camp spot and headed up to the top of the Yoke, before going on to Ill Bell. 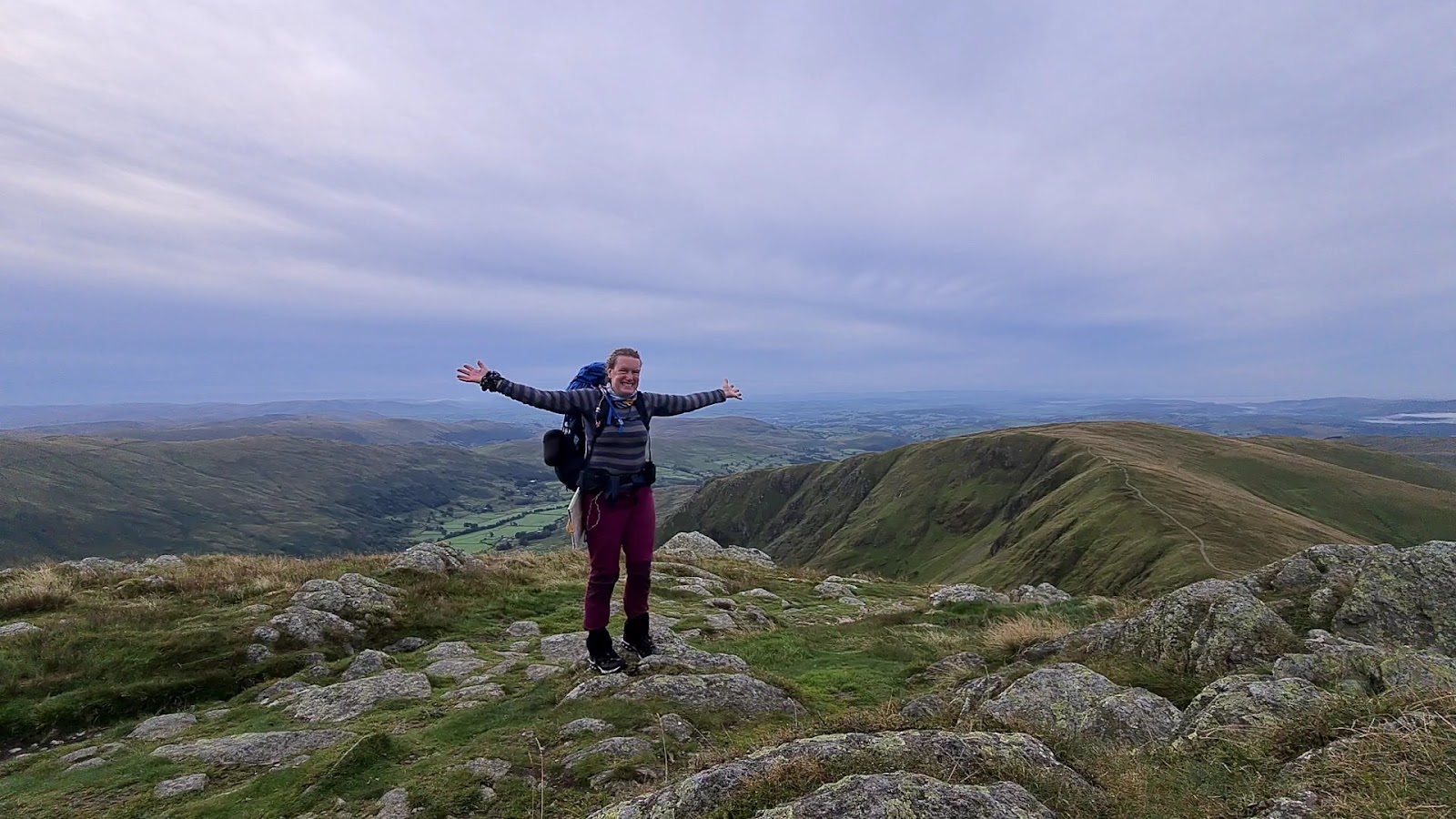 I had been able to see one of the cairns up here from my campspot but I couldn't spot the tarn from up here. I could see where I had climbed up yesterday and it was hard to imagine a route through!
Then there was some more micro nav to find a stream, a contour feature where it met the path and this little structure. 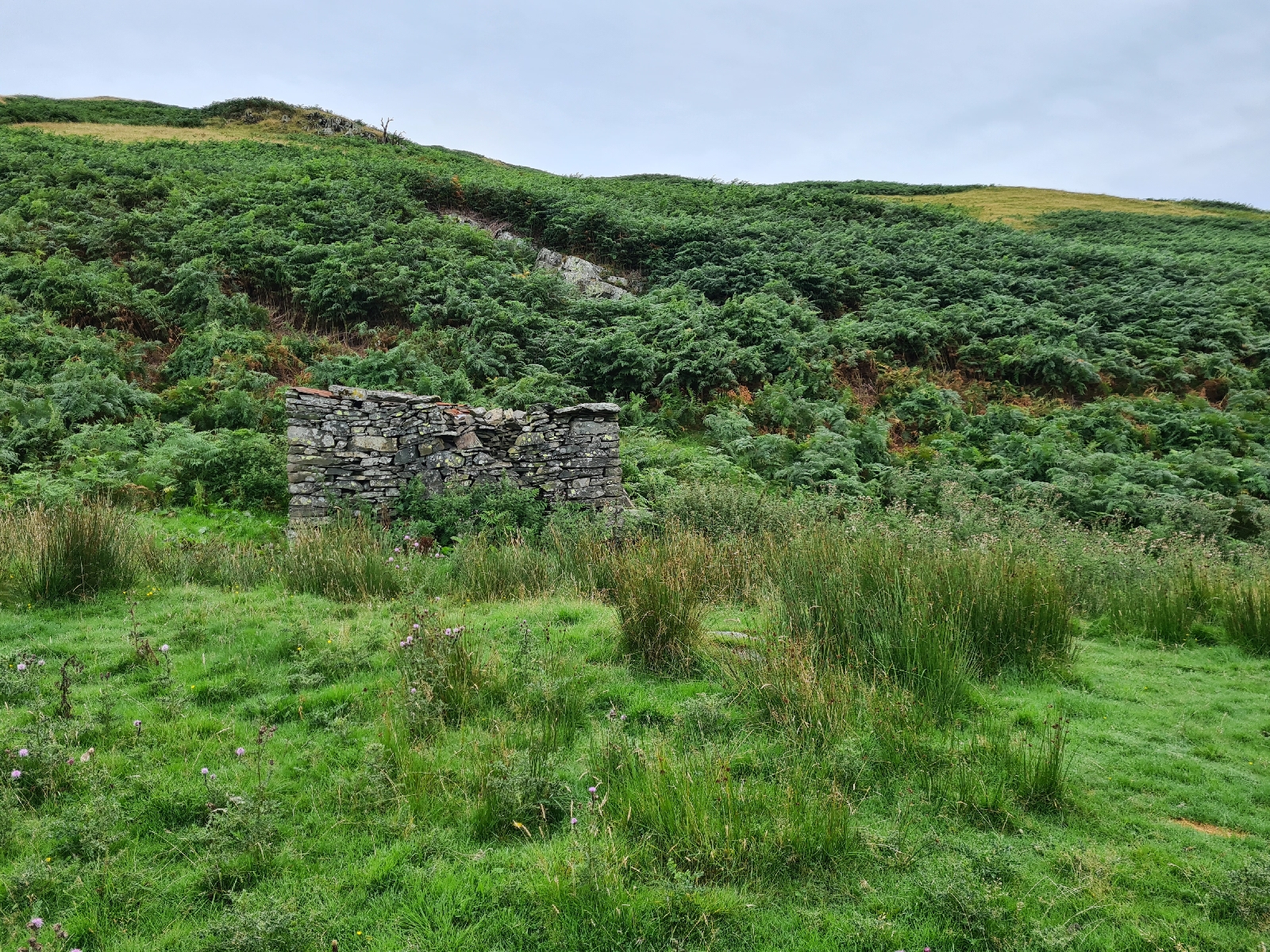 I could barely see the square for it on the map it was so small but I paced to it perfectly on a bearing. 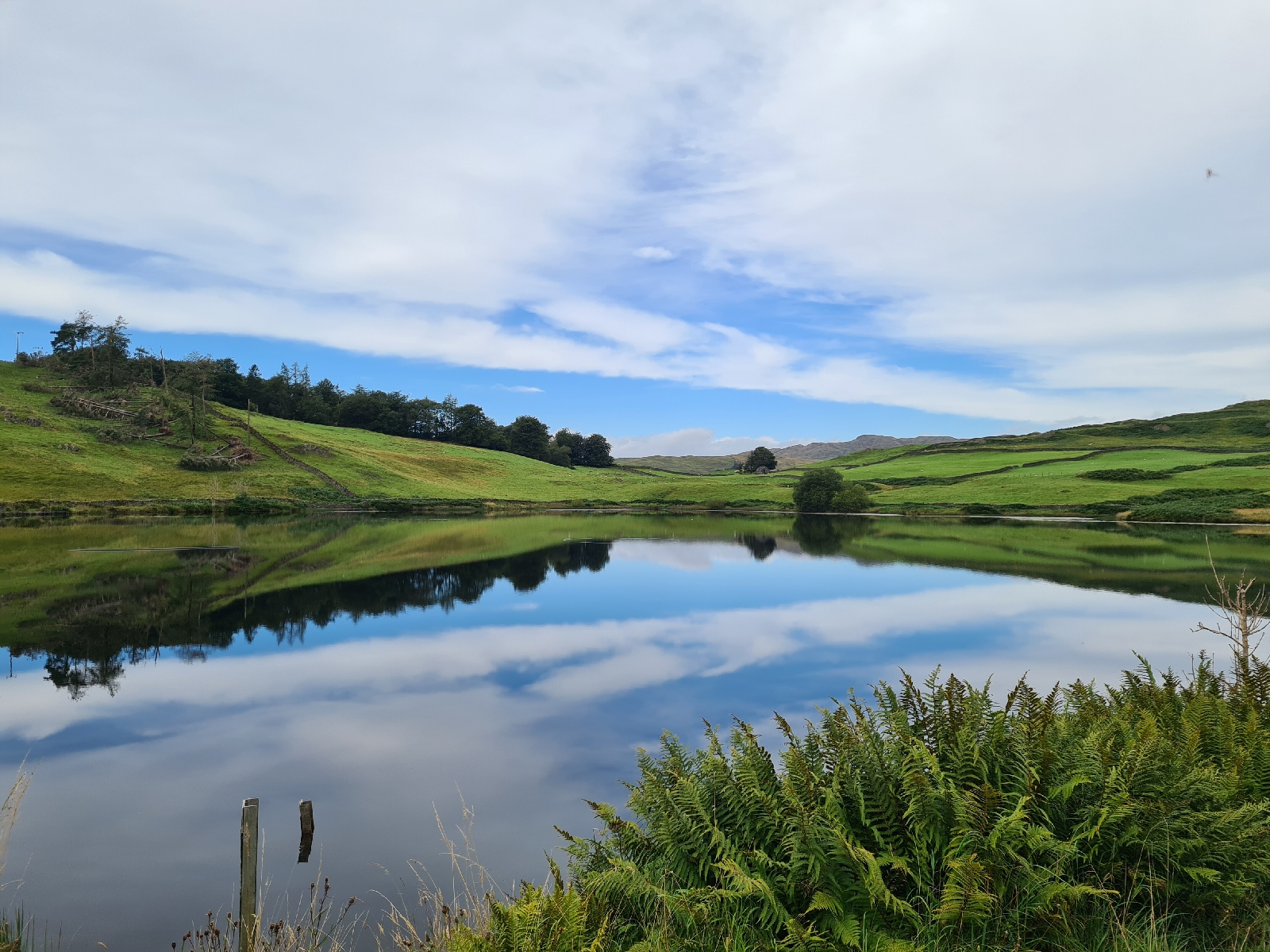 Passing this little resevoir i had hoped for a dip, but a circle outline on the wayer had me thinking it could be a sinkhole and best to stay out. 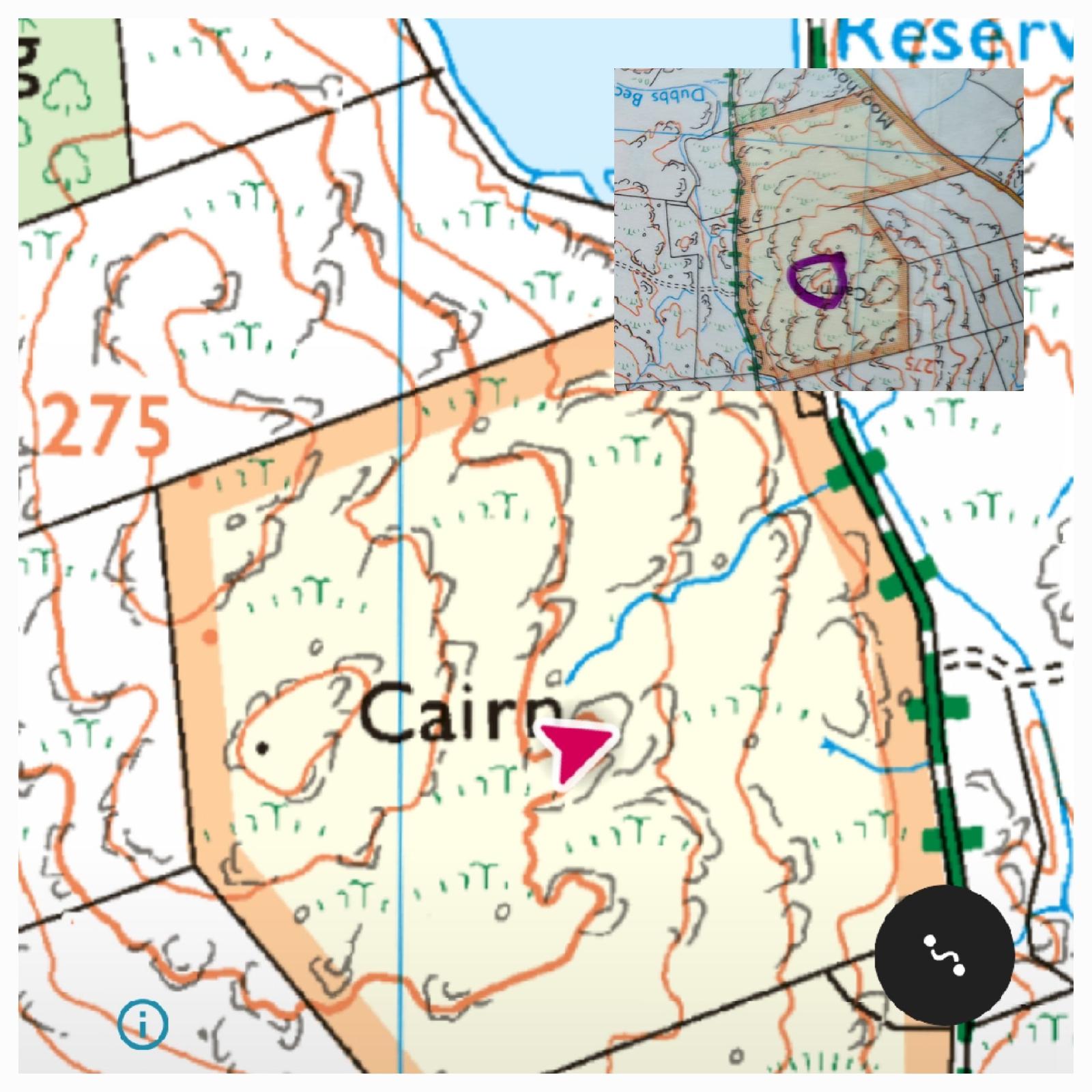 The last bit of micro navigation was a contour feature and this time I nailed it and could even point out the adjacent one.
All that was left was drop into Windermere for my train homem the journey was a mix of cancelled, delayed and busy trains but amazingly I just made my connection in Manchester to arrive homehot the expected time!
8.7miles 340m ascent
I actually didn't see another person from 11am on Wednesday till 9am on Thursday. So 22hours away from people gave me much needed time to reset and meant although the trains home were busy and all over the place I was in the right headspace to cope.