A day of geocaching and new pals

Yesterday I met Lou and Benny. I've been chatting to Lou on Twitter after a colleague of hers who knew me when I worked in Sheffield wondered how we didn't know each other. Both in sustainable transport, bikes, dogs and geocaching. So yesterday her and her dog came over to The Peak for some geocaching. I had warned them it would be muddy as everywhere is.

We met up at Eyam and headed out to two caches I had yet to find by a quarry. It took us to a lovely place that I wouldn't have even known was there. Then on towards Foolow. Lou got some geocaches I had found previously on the way there but the aim was the one in Foolow that I had failed to find previously. This time I found it, after a long search by both of us! It was a clever container. Then it was up the hill, finding another new one to me and onto one with a high difficulty rating. I think due to this we made it harder than it needed to be. The dogs looked on while we chambered round a cliff!

From there we dropped back to Eyam via a few caches for Lou and went to the Tea Rooms for the all important cake. Getting home my endomondo had recorded 10.8miles. No wonder both me and Cybi were tired! 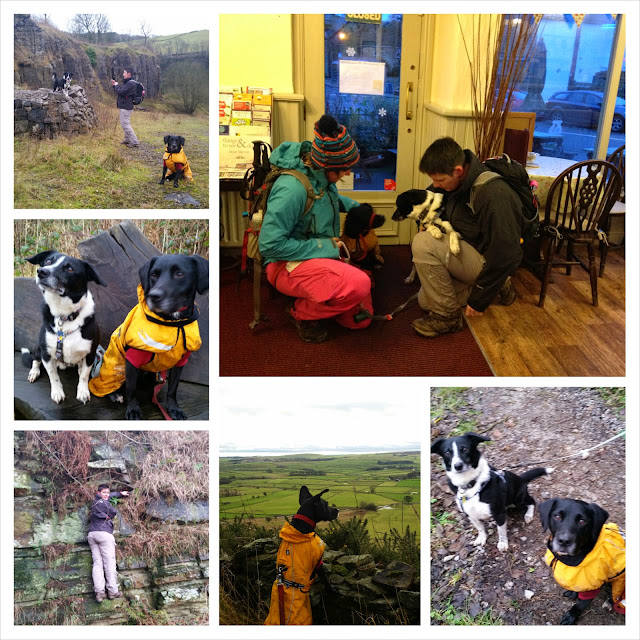