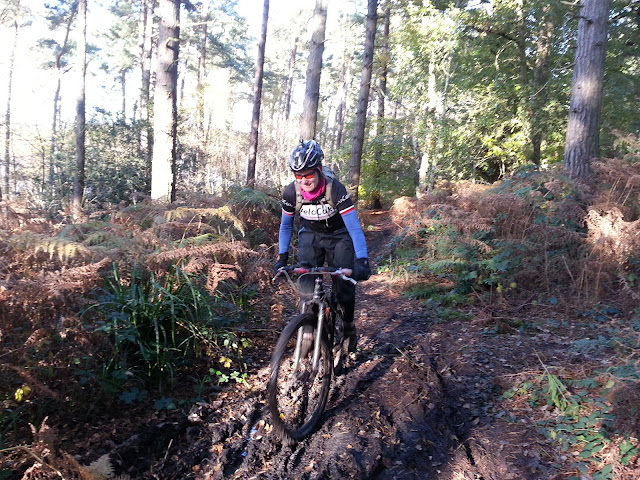 I'm leading a ride out in Delamere later in the month, the last time I had been out there was last year when I was leading a ride for the same group. On that ride some of the singletrack had been shut off just days after I had checked it out. This meant I might have to find a completely new route. Ali had come up with the fantastic suggestion that I did it on Saturday instead of Friday and then she could join me. After checking with work that was fine I had a lovely Friday and got my Garmin and maps ready. This morning I had Ali out early and we were riding just after 9am. 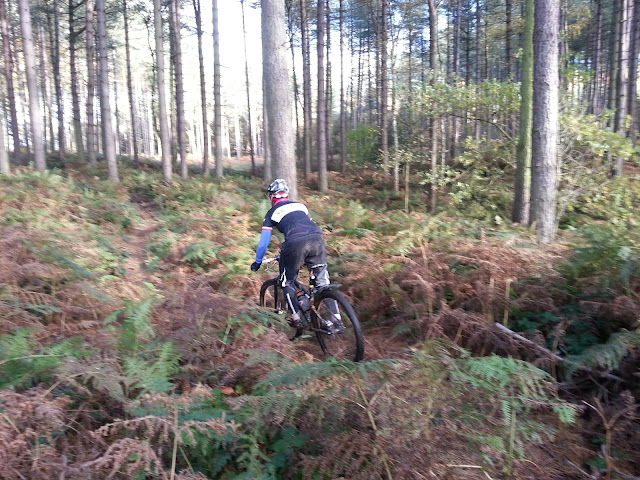 We parked up just past where I would be leading the ride from and after a false start that involved some skinny bridges and lots of mud we found a rideable start. It was still very muddy and this would be the theme of the day. The first bit worked well and I found a couple of areas for skills practice. But it wasn't long before were trying to follow singletrack that didn't exist. There was lots of back and forth, exploring and carrying but eventually we had linked some nice bits of singletrack up with the fireroads. Poor Ali was full of a cold and getting hungry so we nipped to the station cafe for some lunch. 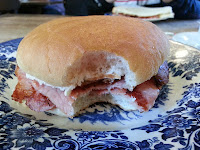 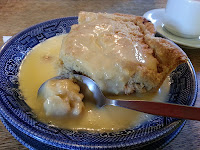 Bacon Rolls and Cake were the order of the day and certainly perked Ali up. The forest was getting busy by this point and we started passing lots of runners. Turns out Hell Runner was on. So we did our best to stay out of their way. Most of them looked a lot muddier than us! 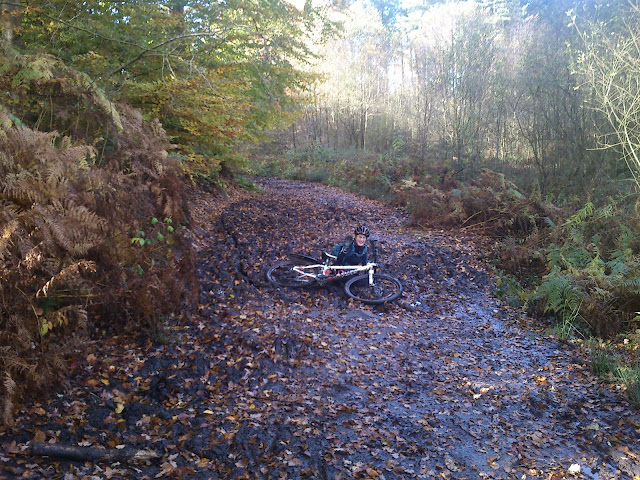 Ali was taking the risk assessment part seriously and decided to see what happened if she fell off, turns out she ended up lay in a bog with her bike on top of her while I took pictures! No harm done she was just a little muddier than before.

Getting back to the start we headed round again, could I make our wanderings into a flowing loop. On the whole it went well. Only a couple of wrong turns which were quickly spotted. The forest was getting even busier and we even passed loads of huskies (so cute) getting ready to race. Unfotunately as we were using part of the track which was about to be closed for the race we didn't get to go round again so I will probably nip out once again before the ride to ensure I know where I am going. 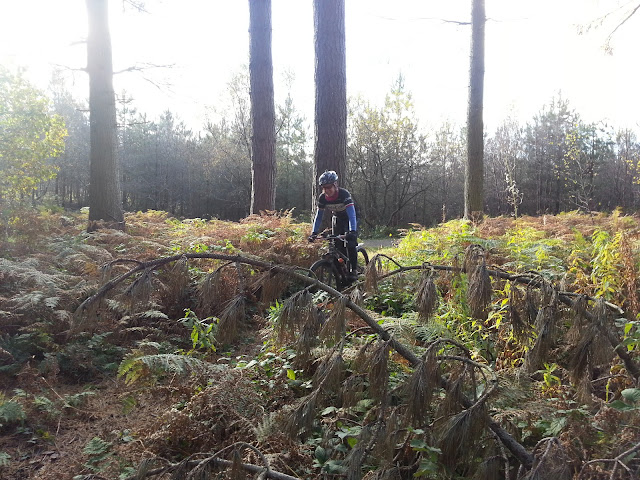 The leaves were a lovely colour and it was a lovely place to ride, if very muddy! Now we're home I have to write up the risk assessment, oddly Ali says I can do that bit on my own!